Choosing Faith over Materialism – Why and How? 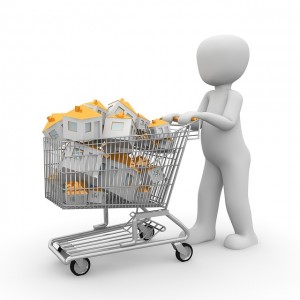 If Allah (swt), the angels, Shaitan, Hellfire, and Paradise were all visible to the naked eye, being a righteous Muslim wouldn’t have been so difficult. However, the test lies within our belief in the unseen. This is the very first quality of the believers mentioned in the Quran. Allah (swt) says in Surah Al-Baqarah: “This is the Book about which there is no doubt, a guidance for those conscious of Allah – Who believe in the unseen…” (Surah Baqarah 2: 2-3)

While pondering over Surah Al-Kahf, I felt there was one theme central to it; seen versus the unseen or in other words faith versus materialism. This Surah, as mentioned by Prophet Muhammad (sa), will act as a protection from Dajjal, the Antichrist. He said: “If anyone learns by heart the first ten verses of Surah Al-Kahf, he will be protected from the Dajjal.” (Muslim)

The Antichrist will be an epitome of materialism, pouring wealth over those who obey him and taking it away from those who does not. Surah Al-Kahf acts as an antidote against this venom of materialism and fills the heart with a dose of faith to encounter it; faith, of course, is the fundamental weapon of a believer.

The four stories narrated in this Surah can help us understand the power of belief in the unseen.

1)      The people of the cave: The first story in Surah Al-Kahf is about some young men who fled to a cave in order to protect their faith from a tyrant regime. The might and power of the kingdom was visible; the possibility of persecution and torture was visible; and there was no help in sight. These men might have been termed as madmen and deviants. However, despite the odds, they gave precedence to their faith and were ultimately successful.

2)      The arrogant owner of a garden: The second story features a conversation between two companions; one had lush gardens and was wealthy, while the other one was not. The wealthy gardener believed in the visible: his own effort, his skills, and the grandness of his garden. Whereas the poor one reminded him of the invisible realities: Allah, the hereafter, and that whatever he had was because of Him. The garden of the arrogant man was ultimately destroyed while his friend hoped for blessings in this world and the hereafter. Faith triumphed.

3)      Musa (as) and Khidr: Musa (as), being the recipient of revelation, thought he was the most knowledgeable man. However, Allah (swt) made him meet Khidr, who was more knowledgeable. Their meeting reflects how there are many things going on in this world that we do not understand, and whatever we perceive might not necessarily be right. However, Allah’s knowledge is very vast. We can’t comprehend it, but we can surely trust Him.

4)      Dhul Qarnayn – A righteous conqueror: Allah had given him power, wealth, and resources. However, his faith in the unseen was strong enough, so he was not deluded by all these. He only saw them as a mean to get closer to Allah. He did not forget Allah (swt) and the hereafter.

The Surah also gives us valuable reminders on how we can increase our faith. This is why is it recommended to recite Surah Al-Kahf every Friday. The Prophet (sa) said: “Whoever recites Surah Al-Kahf on Friday will have a light that will shine from him from one Friday to the next.” (Al-Hakim; classed authentic by Al-Albani)

“Wealth and children are [but] adornment of the worldly life. But the enduring good deeds are better to your Lord for reward and better for [one’s] hope.” (Surah Al-Kahf 18: 46)