Learning Arabic: Where to Begin and How to Get There 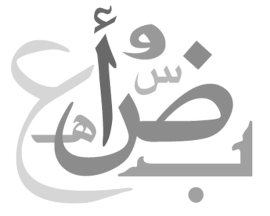 I start with a confession. Over the years, I have tried several different Arabic language programs, and I still do not understand Arabic—but I finally realize why. So this advice is first to myself, as probably all advice should be.

I believe learning Arabic can be summed up with one word—but we’ll get to that later. The ancient Chinese philosopher (604 BC – 531 BC) Lao-tzu said: “A journey of a thousand miles begins with a single step.” Some say the actual translation should be: “The journey of a thousand miles begins beneath one’s feet.” No matter which translation you choose, here it means that even the most daunting endeavours begin with the smallest of actions. To many people, learning Arabic is one such daunting endeavour. So what is the smallest of actions? It begins with intent. We need to be clear to ourselves why we want to learn Arabic because that fosters the correct intention and its corresponding benefits. And for Muslims that is very simple—first and foremost the Qur’an is in Arabic.

Although many people commonly refer to a translation of the Qu’ran as ‘the Qur’an’, this is a big mistake. The Qur’an is the words of Allah (swt) sent down to Prophet Muhammad (saas) through Angel Jibreel (as) in its precise wording, which is in Arabic. Indeed, the fact that the Qur’an was revealed in Arabic is mentioned in the Qur’an itself (41:3; 43:3; 20:113). And unlike all previous Revelations, we know that Allah (swt) has specifically protected the Qur’an from corruption.

Arabic is a unique language and cannot adequately be translated. Words are related through their root letters (generally three), and thus have a greater range and depth of meanings than words that are unrelated in such a way. In addition, there are thousands of ways a sentence can be structured, depending on the subtle or overt messages that are meant to be conveyed. Thus, when someone is reading a ‘translation’ of the Qur’an, they are really reading someone else’s interpretation of the meanings in the Qur’an. Qur’anic Arabic adds another layer of complexity when trying to interpret it, and few people are qualified to do so. A mufassir (author of aQur’anic exegesis) has to be an expert in many diverse sciences, including knowledge of Hadith, aqidah, fiqh, and Arabic language, rhetoric, and grammar, as well as the pre-Islamic customs of the Arabs and pre-Islamic poetry, among other things. With respect to poetry, in pre-Islamic Arabia, poets were highly revered and some of the words used in the Qur’an carry meanings understood in that poetry. Thus, while learning Arabic is essential for connecting more in depth with the Qur’an, it is not enough for accessing all of its meanings, and this limitation must be understood.

Our intent behind learning Arabic can also be to communicate with our brothers and sisters all over the world as Arabic is a second language for millions of Muslims. Learning Arabic therefore facilities ties within the Ummah. Furthermore, we pray in Arabic; we are encouraged to make du’a in Arabic, and we recite dhikr in Arabic. Our beloved Prophet (saas) and his Companions spoke Arabic, and according to tradition, the language of Jannah is Arabic. It makes sense for all Muslims to learn Arabic, and if done with the right intention, learning Arabic can become an act of worship.

So once our intent to learn Arabic is clear, what comes next? In this technologically accessible era of computers, Internet, CDs, etc., there are few places where there is no opportunity to learn the language. Indeed, there are many stories of prisoners teaching themselves Arabic while incarcerated. The key though is finding what works best for you both in a tautological sense as well as what is feasible. For example, a mother of four children might not be able to take a five-day-a-week class at a local university, but she may be able to take a class online or listen to Arabic CDs in the car and at home at night. Now, if she is the type of person who learns best with a live instructor, perhaps Arabic is being offered in a local masjid once a week, which she can supplement with home study. Obviously, some methods of learning will make it easier and quicker to learn the language more so than others. But it doesn’t really matter what approach or materials are used if an essential component is lacking—which, as mentioned above, can be summed up with one word: commitment!

Commitment is everything when learning any language and that is where so many people fail. I know many sisters, who have made several different attempts to learn Arabic and, in doing so, have used all sorts of Arabic programs and approaches. I personally have studied online, in person, and on my own with books and CDs. I have nearly a box full of Arabic language books in my closet. Some materials and methods have been clearly better for me than others, but I still don’t know Arabic because I have not committed the time to it. It is as simple as that.

May Allah (swt) give us all the tawfiq (enabling grace) to commit ourselves to learning Arabic so we can connect more deeply with Allah’s (swt) last Revelation, our brothers and sisters in Islam, and our deen.