Lessons on Patience and Perseverance 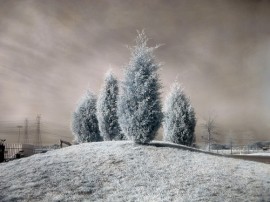 There is no better place from which we, as Muslims, can learn the virtues of patience and perseverance than from the life of the Prophet (sa). He was an exemplary leader whose manner of dealing with people, the events in his life, and the obstacles in his path, showed the utmost level of patience. Nowhere in the hadiths is it mentioned that the Prophet (sa) lost faith or became consumed by the trials he faced. Even in the little things, his reliance on the mercy and protection of Allah made him persevere.

The Arabic word for patience is “sabr”. In English, this loosely translates as “to be patient and persevere”. As Muslims, one of the best traits we can ever possess is sabr. It is our secret weapon whenever face the challenges in life. Allah has mentioned in the Qur’an:

This verse alone is enough to point to us that there will always be trials in the life of a Muslim (negative or positive). If this is the case, why don’t we learn the virtue of patience and perseverance so that we can always triumph?

There are two instances or phases in our lives for which we can learn to be patient and persevere, and they are as follows.

Abu Saeed Al-Khudri and Abu Hurayrah narrated that the Prophet (sa) said, “No fatigue, or disease, or sorrow, or sadness, or hurt, or distress befalls a Muslim, even if it is a prick that he receives from a thorn, but that Allah expiates some of his sins for that.” (Bukhari)

Whatever we are going through in life and the negative trials that we face, patience with the hope of reward from Allah can earn us His mercy and paradise. The Prophet (sa) lost his parents, his guardians, his beloved wife Khadijah, and all but one of his children in his lifetime. Even after all that, he never stopped persevering, and he never despaired of Allah’s mercy.

To learn sabr during trials, we can practice the following:

Once we practice this for some time, it slowly becomes a part of us, and that makes it easier to face trials with confidence, making us better Muslims.

I am sometimes guilty of impatience when making requests. I ask Allah for something and expect a response as soon as I’m done making the request. I am not sure if any of my prayers have ever been answered immediately, or as soon as I uttered them, but I know they are answered at the appointed time. As Muslims, Allah has promised to answer our prayers in one of the following ways:

There is no reason to despair if we seek something, and have not received a response from Him.

It was narrated by Abu Hurayrah that the Prophet (sa) said, “The invocation of any one of you is granted (by Allah) if he does not show impatience (by saying, ‘I invoked Allah but my request has not been granted’).” (Bukhari)

Practicing sabr when making requests to Allah can take the following forms:

There will be several times in the course of our lives that our faith will be tested, and we will need our secret weapon – patience – to triumph. We should constantly ask Allah to make us patient.

How can we achieve supreme victory?Practicing Ihsan during Grad Studies