Making the Most Out of the Night: A Time to be With Your Lord 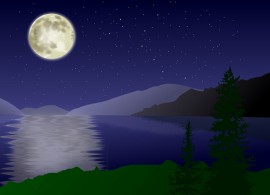 I’m sure I’m no different than millions of other women—the anticipation of laying my head down on a soft, inviting pillow after a long day with the kids, work, chores or other responsibilities! Sometimes I am so tired that even hours before I actually go to bed, I think about how wonderful it is going to be to finally sleep. Most of us love to sleep, and that is one of the secrets of why waking up in the night is one of the best times to be with your Lord (st).

And in some parts of the night offer the Salat with it, as an additional prayer for you (O Muhammad (sa)). It may be that your Lord will raise you to Maqaman Mahmuda (a station of praise and glory). (Surat al-Isra 17:79)

Their sides forsake their beds, to invoke their Lord in fear and hope, and they spend out of what We have bestowed on them. No person knows what is kept hidden for them of joy as a reward for what they used to do. (Surat as-Sajdah 32:16-17)

And those who spend the night before their Lord, prostrate and standing. (Surat al-Furqan 25:64)

The prayers done at night are called Tahajjud, and can be done after Isha until dawn when Fajr enters. Night prayers were obligatory for our beloved Messenger (sa), but for us they are nafl or voluntary. According to a hadith, Tahajjud are the best prayers after the five obligatory prayers. (Muslim)

Tahajjud consists of sets of two rakahs (units). The minimum Tahajjud is one set or just two rakahs. According to a hadith reported by the Prophet’s (sa) wife Aishah (rah), the Prophet (sa) would never perform more than eleven rakahs at night, the odd number resulting from the final Witr prayer before dawn. (Bukhari) Prophet Muhammad (sa) would start with two quick rakahs. In the following rakahs, he would recite a much larger portion of the Qur’an. For Tahajjud, scholars have said it is better to do less rakahs, and recite more of the Qur’an.

The best way to do Tahajjud is what Prophet Dawud (as) used to do: he slept for half of the night, prayed for one third, and then slept for one sixth. (Agreed upon) Not everyone can keep to such a schedule; scholars say that even waking up slightly before Fajr, and doing two rakahs on a consistent basis, is immensely beneficial.

In addition to prayer, the night, especially the last third, is a time for other worship as well. A hadith qudsi (sacred hadith) states:

The last third of the night is a time to ask for forgiveness, to make du’a, to recite the Qur’an, and to meditate (fikr). It isn’t easy, though, to wake up because we have our nafs and shaytan working against us:

It is said that if you do something for forty days, it will become a habit. Make it a habit to wake up, even if it is just ten or so minutes before dawn. Before going to bed, ask Allah (st) to bless you with waking up. Set two alarm clocks. Go to sleep earlier. Take a nap during the day. Basically do whatever you can to make waking up at night part of your regular routine. And remember, our pillow will not be accompanying us in our graves or when we stand before our Lord for judgement, but the blessings of our night worship will.