Seven Virtues of Prophets We Can Adopt 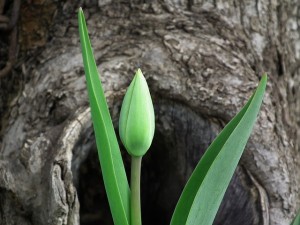 They were the handsomest, most intelligent, and most pious of all. They are the best of all exemplary historical figures. They were praised in Allah’s Book, and they will be the closest to Him on the Day of Judgement.

Allah (swt) Himself sends salam (peace) to them: “And peace upon the messengers.” (37:181) So we too send salam to them every time we mention them.

What made these extraordinary men so different and so honoured? As a group, they have some common virtues and qualities that we ordinary people can emulate.

1. Their honorable title is ‘the servant of Allah’, a title they are proud of

Baby Eesa (Jesus) (as) protected his mother’s honour in his cradle. When people were accusing Mariam of fornication, the miraculous baby gave a speech. Here is the first thing he said:

2. They had a very strong bond with Allah, a direct connection built through prayer

While he was building the Kaaba, Ibrahim (as) made a beautiful dua (supplication). Here is how he started it:

3. When they faced any problem, they asked Allah first for help

That’s why we have so many beautiful duas from the prophets quoted in the Quran. For example, when Musa (as), a fugitive from Firawn’s authority, came to a completely new place, totally friendless and destitute, he prayed: “…My Lord, indeed I am, for whatever good You would send down to me, in need.” (28:24)

4. They loved, respected, and cared for their parents

This quality is especially highlighted in Surah Maryam. Allah (swt) first qualifies Yahya (as) with it:

He then shows a practical example of how to be good to your parent, even if that parent is disobedient to Allah and rude to you. It’s the way Ibrahim (as) talks to his father Azar.

“O my father, indeed there has come to me of knowledge that which has not come to you, so follow me; I will guide you to an even path.” (19:43)

Then Allah quotes Eesa (as) proclaiming his love for Maryam (peace be upon her):

5. They were overwhelmed when they experienced Allah’s signs

“Those were the ones upon whom Allah bestowed favor from among the prophets of the descendants of Adam and of those We carried [in the ship] with Noah, and of the descendants of Abraham and Israel, and of those whom We guided and chose. When the verses of the Most Merciful were recited to them, they fell in prostration and weeping.” (19:58) (Please note this is a verse of prostration)

6. They had incredible patience

Musa (as) tolerated many shortcomings of his people. Yusuf’s entire young life is a story of sufferings and proof of his patience. Yaqub (as) lost two of his sons and went blind out of grief; yet he didn’t lose hope in Allah’s mercy. For about a millennium, Nuh (as) called to Islam the people who continuously ridiculed him.

7. They were givers and not takers

The prophets, unlike kings and ministers, never depended on their people’s wealth.

Sulayman (as) rejected the gifts of the Queen of Sheba, saying:

“…Do you provide me with wealth? But what Allah has given me is better than what He has given you. Rather, it is you who rejoice in your gift.” (27:36)

The prophets took only from Allah, and in turn, they gave to others – both spiritually and materially.

Even when Yusuf (as) was in prison, he had something to give to his companions: da’wah (call to Allah) and expert advice on dreams.

I didn’t mention here any examples from the life of our Prophet Muhammad (sa) because his complete life is testimony to the presence of these virtues. All these qualities that ornament prophethood culminated in the character of the Prophet (sa) – his character was the Quran. That’s why Allah said:

“There has certainly been for you in the Messenger of Allah an excellent pattern for anyone whose hope is in Allah and the Last Day and [who] remembers Allah often.” (33:21)