Six Reasons to say NO to TV 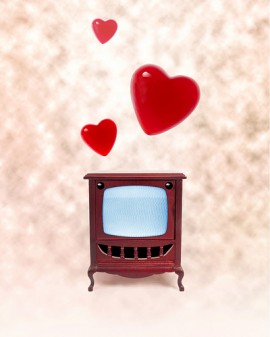 During school I remember one of my classmates being gasped at, for she was the only one who did not have a TV at home. “Then how do you spend the entire day?” was the question she was most frequently asked. She assured everyone that it was life at its best.

While countless research has proven the disadvantages of television, it is sad to note that in most of our homes, it has taken the place of a standard family member that entertains, enlightens, and baby sits in the most convenient and economical manner. It may have plus points; however, its dangers far outweigh its advantages. This is similar to what Allah (st) mentions about alcohol and gambling in the Qur’an:

“They ask you about wine and gambling. Say, ‘In them is great sin and [yet, some] benefit for people. But their sin is greater than their benefit.’” (Surah Baqarah 2: 219)

Below are six reasons why we need to say a complete no to TV.

1. Save your Deen (religion): Imaan (faith) is and should be our most prized possession, especially in these times of tribulations. However, with a television blaring 24/7, this very Imaan is at stake. The intellectuals of the Ummah are distracted and confused about their identity and religion through futile debates, whereas the masses are immersed in non-sensible programmes that revolve around glamour, consumerism, and love stories. No doubt, it is the greatest diversion from the remembrance of Allah, and broadcasts numerous un-Islamic practices and values. Music, singing, illicit relationships, immodesty, and aggressive behaviour are only a few of these.

We find ourselves complaining of hearts getting hardened, and a lack of interest in the Qur’an and Salah (prayer). Let us all reconsider the position of this box in our homes.

2. Save your time: Time is the basic asset of a believer. In paradise, the believers will regret having spent their time in anything that was in vain. According to various studies, an average person spends nine years of their precious lives in front of the television. Dr. Aisha Utz writes in Nurturing Eeman in Children: “A person who watches a great deal of television is less likely to pray on time (if at all) or join the congregational prayer. Staying up late for viewing causes the person to miss the dawn prayer. Imagine the outcome in the hereafter for a person who spent nine years of his or her life in front of the television versus the one who spent nine years in worship, reading the Qur’an, and acquiring Islamic knowledge – an amazing difference.”

Whenever there is an urge to ‘kill’ time in front of the television, remind yourself that this time will never come back! It is your choice whether you use it to invest in paradise or hell.

3. Save your mind: Television, as some call it, is a weapon of ‘mind destruction’. The viewers of television are passive recipients of whatever ideas/information they are being given. It is so overwhelming that it does not leave much room for critical thinking and imagination; thus it ruins creativity. While reading a book, you mentally visualize every sentence you read. Television presents to you an already drawn picture, not letting you exercise your power of imagination. The famous children’s writer, Roald Dahl, wrote this in the 1960’s:

“It rots the senses in the head!
It kills imagination dead!
It clogs and clutters up the mind!
It makes a child so dull and blind
He can no longer understand
A fantasy, a fairyland!
His brain becomes as soft as cheese!
His powers of thinking rust and freeze!
He cannot think – he only sees!”

5. Save your Haya (modesty): Even the most decent of programmes involve the intermingling of opposite genders, something clearly forbidden by Allah. With immodest dressing and dramas based on love stories, the whole concept of hijab and lowering our gaze goes on snooze. We must remember that the believers have been explicitly ‘ordered’ by Allah (st) to lower their gaze, male and female alike. Let us take the first step for a society based on the haya of Maryam (as) and Usman (ra), and say no to TV.

6. Save the next generation: Television is mental junk food for kids, and has lasting negative effects on language development, reading skills, memory, and attention span. Most of children’s movies and cartoons project vulgarity, and ruin their innocence. Moreover, kids easily adopt the obscene language and violence shown on TV.

The question is: how do we avoid TV? In the next part of this article, Insha Allah, we will take a look at the alternatives to television, and how life without this Pandora’s box can be like!

Eating in Moderation: Islamic Guidelines – Part IIInstilling the Love of Books in Your Dyslexic Child