Unique Talents of the Prophet’s Companions 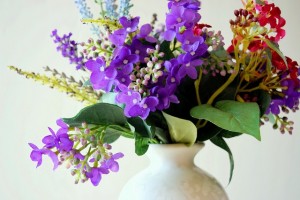 Many common traits and beliefs among the Companions of the Prophet (sa) made them stick together through thick and thin and united them into a seamless whole.

On the other hand, each Companion had some virtues unique to him or her. And these virtues complemented one another to form a harmonized whole in creating the best Muslim society ever. Each person strove towards the pleasure of Allah in his or her own unique way, depending on individual talents and gifts. They understood that if everyone busied themselves in the study of religion, who would work to bring wealth into the Muslim society? If everyone stayed in the mosque all day and night, worshipping Allah, who would spread the message of Islam outside their small circle?

Let us look at five examples of exemplary Companions and some of their unique qualities.

Unique talent: Vigilance and perseverance in doing the right thing without hesitation.

He was the Prophet’s companion in the cave. How did he manage that? While other Companions migrated to Madinah beforehand, Abu Bakr insisted on remaining in Makkah, waiting for Allah’s command which would permit the Prophet (sa) to migrate. He was always the earliest in doing good deeds.

During his caliphate, he took the bull by the horn and declared war against the apostates instead of waiting for them to demand compromises. At the same time, he challenged the might of the Roman Empire without any delay. For more details, refer to Abu Bakr as-Siddeeq: His Life and Times.

Unique talent: Intelligent and a highly inquisitive seeker of knowledge.

She was intelligent and inquisitive. Where other Companions felt shy in asking the Prophet (sa) too many questions, she asked without hesitation. The knowledge we have acquired from Aishah is what we haven’t learned from other Companions. Here is an example:

Narrated Aishah: Allah’s Messenger (sa) said: (On the Day of Resurrection) any one whose account will be taken will be ruined (i.e. go to Hell). I said: O Allah’s Messenger (sa)! May Allah sacrifice me for you. Doesn’t Allah say: Then as for him who will be given his record in his right hand, he surely will receive an easy reckoning? (84.7-8) He replied: That is only the presentation of accounts; he whose record is questioned will be ruined. (Bukhari)

He was a successful tradesman, and even in Makkah, he was considered to be the richest person. Once there was scarcity of water in Madinah. Uthman bought a well from a Jew for thirty-five thousand dirhams and gave it to the Muslim community. He would set free a slave every week.

According to Ibn Shihab az-Zuhri: Uthman donated 940 camels and 60 horses to the army which was about to march to Tabuk. Uthman also went to Allah’s Messenger (sa) and poured 10,000 dinars in front of him. Allah’s Messenger (sa) began scooping the money, saying twice: After this day, no misdeed of Uthman shall harm him. (Bukhari and at-Tirmidhi)

For details, see ‘Uthmân ibn ‘Affân: His Life and Times

She was the image of her father in manners and in goodness. She was his beloved daughter about whom he said: “Fatimah bint Muhammad is a part of me, and I hate to see her faced with troubles.” (Ibn Majah; sound)

She is the leader of all believing women in the Hereafter. (Bukhari) She was an exemplary wife and mother; no wonder her sons are the leaders of the youth of Paradise. (Tirmidhi, reliable but odd)

He was the sword of Allah, the Commander of commanders. He is said to have never lost a battle, either before or after his acceptance of Islam. He honed his different skills and practiced his strategic intellect constantly. His war strategies are still studied and researched in Western universities. His regret upon his deathbed was that he did not lay down his life in the battlefield. As death approached him, he said: “I have attended such and such battles; every spot on my body is scarred from a sword, a spear, or an arrow. After all that, here I am, dying on my bed just like a camel dies…” (Quoted from Fiery Ambitions, an upcoming book by IIPH)

The question to ask ourselves is: What’s my unique talent, and how am I utilizing that talent to please Allah?