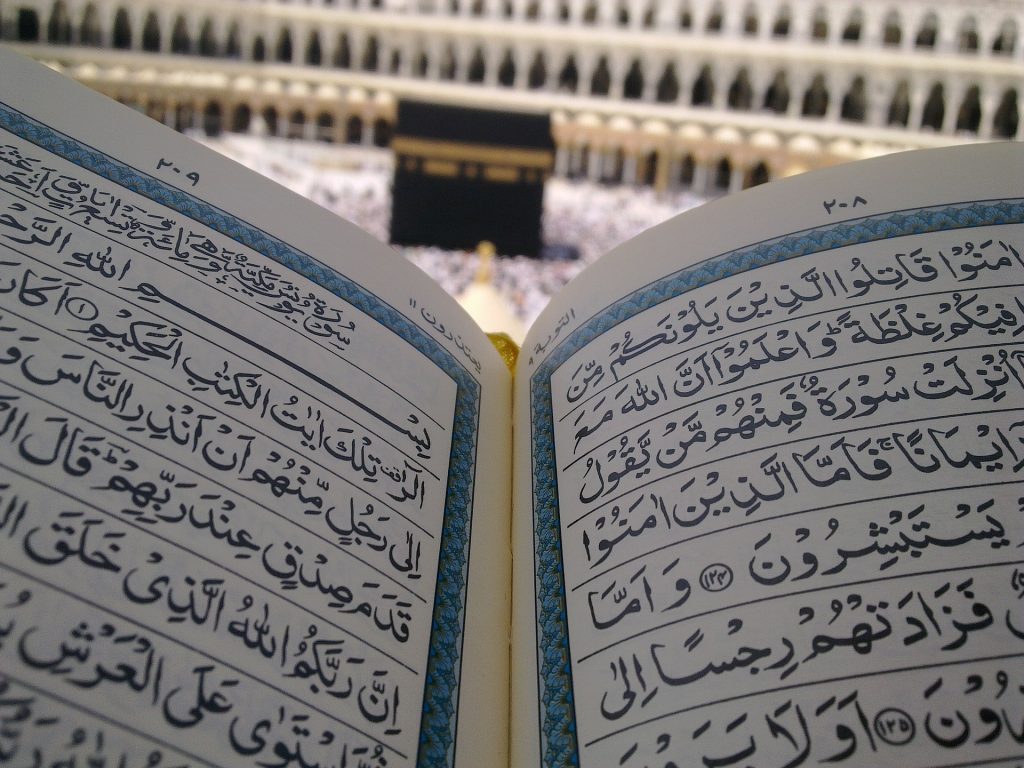 Brutally separated from home and parents by his own brothers, Yoosuf (as) is kidnapped by some foreigners and illegally sold as a slave to the vizier of Egypt. Although he grows up in comfort in the vizier’s house, he is thrown into a severe trial by the vizier’s wife, who tries to seduce him. Finally, he is unjustly thrown into prison, where he spends some precious years of his life.

Then Yoosuf (as) gets out of prison through his skill of dream interpretation, and the truth comes out. All of a sudden Yoosuf (as) becomes the vizier of Egypt and in control of its finance and food depository. Finally, he is reunited with his family.

There is a reason why the story of Yoosuf (as) (which appears in Soorah Yoosuf) is called the best of all stories – its literary beauty surpasses itself. And one of its marvels is the use of Allah’s names throughout the story.

Four names of Allah (swt) are mentioned in this soorah – al-Ghalib (the Predominant), al-Latif (the Subtle), al-Alim (the All-Knowing), and al-Hakeem (the Wise). In a brilliant essay on Soorah Yoosuf, Dr. Mustansir Mir discusses these names and their relationship with the story. Let us look at these beautiful names of Allah and the lessons we can derive from them.

The first half of Prophet Yoosuf’s life is full of disasters. Anyone who doesn’t know Allah will wonder in similar circumstances: where is Allah? Why doesn’t He save me from these calamities?

But does Yoosuf (as) ask these questions? On the contrary, he expresses his trust in Allah and gratitude towards Him throughout all his trials.

The second half of the story makes us realize how each of these calamities was necessary and for a reason, and how it all collectively led not just Yoosuf, but the whole family and later generations of Ya‘qoob (as), towards the pinnacle of success.

The story of Yoosuf (as) vividly brings to life the fact that “God is dominant and His purposes are inevitably fulfilled.” (Mir)

It’s because Allah (swt) is Subtle that we don’t realize His dominance over all our affairs. The thousands of blessings that we experience on a daily basis come from Allah, and each is fine-tuned and custom-made only for our purpose. In fact, He gives us in such a subtle manner that we often fail to recognize it.

Allah (swt) mentions: “Vision perceives Him not, but He perceives [all] vision; and He is the Subtle (Latif), the Acquainted.” (6:103)

These two names appear three times in the story – the beginning, the middle, and the end, constantly reminding us that whatever calamity or happiness comes in the way of Yoosuf (as), all of it ultimately brings good, because Allah knows everything and His decisions are profoundly wise.

The first instance: After Yoosuf (as) tells his father Ya‘qoob about his good dream, Ya‘qoob expresses his happiness and hope:

The second instance: After Ya‘qoob (as) loses three of his sons, he expresses his trust in Allah:

“… so patience is most fitting. Perhaps Allah will bring them to me all together. Indeed it is He who is the Knowing, the Wise.’” (12:83)

The third instance is (12:100) quoted above. After every problem in Yoosuf’s life is solved and he gets his family back, he expresses his gratitude by acknowledging Allah’s profound knowledge and wisdom.

Summing it all up

Dr. Mir sums it all up as follows: “God, although He has control over everything and has His subtle ways of accomplishing whatever He wants, always acts in accordance with certain rules He Himself has laid down in His infinite wisdom, for He alone is possessed of all knowledge and, as such, knows what course of action would be the most appropriate one in any situation.”

These names of Allah, so beautifully arranged in this story, give us some practical lessons to apply in our daily lives: