The Virtues of Fasting on Six Days in Shawwal 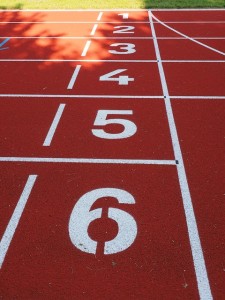 Ramadan has come and gone, and we would all like to earn extra blessings after this month has ended. Fasting on six days in Shawwal gives you an opportunity to earn immense rewards! Fasting in Shawwal is not obligatory upon a Muslim; however, it is recommended because of its numerous benefits.

Following are some virtues of fasting on six days in Shawwal:

Fasting on six days in Shawwal is a good deed for which Allah (st) has promised numerous rewards to the believers. The following hadiths elaborate on these rewards:

Our beloved Prophet Muhammad (sa) said: “Whoever fasts during the month of Ramadan and then follows it with six days of Shawwal will be (rewarded) as if he had fasted the entire year.” (Muslim)

Prophet Muhammad (sa) also said: “Whoever fasts six days after the Fitr will have completed the year, for whoever does a good deed will have the reward of ten like it.” (Sunan Ibn Majah; sound)

Who wouldn’t want to get the reward of fasting for an entire year by fasting in Ramadan and then for six days in Shawwal?

The Prophet (sa) also said: “Whoever fasts in Ramadan and then follows it with six (days) in Shawwal, it is (equal in reward) to fasting every day.” (at-Tirmidhi; authentic)

Makes up for any shortfalls in Ramadan fasting

Fasting for six days in Shawwal makes up for any shortfalls in the obligatory fasts during Ramadan.  The Prophet (sa) said: “The first thing for which a person will be brought to account on the Day of Resurrection will be his prayer. If it is complete, then the voluntary (prayers) will also be recorded for him (as an increase). If it is not complete, then Allah will say to His angels: ‘Look and see whether you find any voluntary prayers for My slave, and take them to make up what is lacking from his obligatory prayers.’ Then all his deeds will be reckoned in a similar manner.” (Sunan Ibn Majah; sound)

As Ramadan ends, our spirituality levels are boosted. However, as Satan is released once again, there may be times when our levels of faith are tested or take a nose dive. Fasting for these six days is a selfless act wholly for Allah (st) as it is not obligatory but recommended. We can, therefore, maintain our levels of spirituality and hope to better ourselves until next Ramadan, Insha’Allah.

Enables us to do extra good deeds

Fasting for six days in the month of Shawwal is not compulsory. However, it gives us an opportunity to perform a selfless good deed, and we can please Allah (st) by seizing this opportunity. Muslims are generally encouraged to hasten to do good deeds before the end of time, as the Prophet (sa) said: “Hasten to do good deeds before six things happen: the rising of the sun from the west, the smoke, the Dajjal, the beast, and (the death) of one of you or the general turmoil.” (Muslim)

If we work productively in this life and utilize our time to do as much good as we can through fasting and other noble acts, we will definitely realize our vision to achieve Jannah, Allah willing.

Ways to Strengthen Ties of Fraternity with the Ummah in Ramadan
June 13, 2016

Ways to Get our Sins Forgiven this Ramadan
June 1, 2016

Five Things I Learnt About Myself this Ramadan
July 27, 2015
Adverts
New Releases from IIPH
IIPH on Goodreads.com