A Poisonous Habit: Being Ungrateful 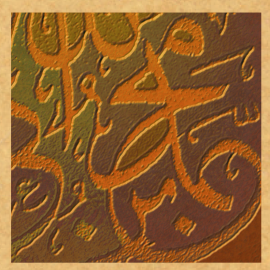 It is part of human nature to be grateful to a person who comes to your aid when you are in dire need of help. Some people, however, hold the false notion that they are self-sufficient; they do not feel any gratitude towards those who have done them a good turn.

In the current secular world, there are only a very few individuals who are truly grateful, either to Allah (st) or to their fellow human beings. Allah has stated:

It is a negative tendency to be unappreciative towards the favours done for us. How can we sincerely thank Allah, Who has favoured us with uncountable blessings, if we are not thankful to our fellow human beings?

{And We have enjoined upon man [care] for his parents. His mother carried him, [increasing her] in weakness upon weakness, and his weaning is in two years. Be grateful to Me and to your parents; to Me is the [final] destination.} (Qur’an 31: 14)

If we disobey Allah (st) and neglect our duties towards our parents, failing to appreciate the sacrifices they have made for our sake while raising us as responsible human beings, we are likely to suffer for our ingratitude, both in this world and the hereafter.

Similarly, the ingratitude of some married women towards their husbands is something about which the Prophet (bpuh) has specifically warned:

<<ʻAbdullâh ibn ʻAbbâs (ra) reported that the Prophet (bpuh) said: I was shown the hellfire, and the majority of its dwellers were women who were either disbelievers or ungrateful.

It was asked: Did they disbelieve in Allah? (Or were they ungrateful to Allah?)

He replied: They were ungrateful to their husbands, ungrateful for the favours and the good (charitable deeds) done to them. Even if you have always been good (benevolent) to one of them, she will say, when she sees something in you (not of her liking): I have never received any good from you.>> (Bukhari)

The Prophet (bpuh) also cautioned against women hating or annoying their husbands:

<<When a believing woman annoys her husband in the world, his wife among the houris of paradise says: Do not annoy him, may Allah destroy you; he is only a guest with you and soon, he will part from you for us.>> (A reliable hadith recorded by at-Tirmidhi)

A married Muslim woman must not express any ingratitude to her husband, especially when she considers the following words of the Prophet (bpuh):

<<Allah will not look at the woman who does not thank her husband at the time when she cannot do without him.>> (A sound hadith recorded by an-Nasâ’i and al-Hâkim)

Among the married women, the righteous are those who obey Allah as well as their husbands. They guard their chastity and protect their husbands’ property in their absence. They also make themselves attractive to their husbands by being happy, cheerful, friendly, gentle, and easygoing, flooding their lives with joy and happiness, in accordance with the following commands of Allah:

{Men are the protectors and maintainers of women, because Allah has given the one more [strength] than the other, and because they support them from their means. Therefore, the righteous women are devoutly obedient, and guard in [the husband’s] absence what Allah would have them guard…} (Qur’an 4: 34)

A vile habit of ingratitude exists among some married men as well. They say, “I have never seen any good in this woman.” This usually happens when their wives make simple mistakes that could easily have been overlooked and pardoned. Responsible Muslim husbands have a duty to live with their wives and children on a footing of respect, kindness, and equity. They are supposed to provide for their food, clothing, shelter, and education. Furthermore, the Prophet (bpuh) has emphasised that even if a husband dislikes his believing Muslim wife, he should not ignore the positive side of her character and focus only on the negative aspects. She will have some favourable characteristics that will please him. Abu Hurayrah (ra) narrated that Allah’s Messenger (bpuh) said:

<<No believing man should hate a believing woman. If he dislikes one of her characteristics, he may be pleased with another.>> (Muslim)

Allah has commanded the following in the Qur’an:

{…Live with them on a footing of kindness and equity. If you take a dislike to them, it may be that you dislike a thing, and Allah brings about through it a great deal of good.} (Qur’an 4: 19)

Believing Muslim couples are fair-minded; they are never ungrateful to each other. This is because the teachings of their religion protect them from falling into an attitude of ingratitude for mutual favours. How can they be ungrateful when they are supposed to love one another and follow the teachings of Prophet Muhammad (bpuh)?

Every person who does good deeds and favours deserves thanks and recognition; spouses, in particular, must not be taken for granted.

Another serious type of ingratitude to Allah is exhibited by many people in their daily lives. They totally disregard the uncountable blessings and bounties of Allah (st), unless they are reminded about them. It is for this reason that He has repeatedly invited humanity to recall His immense favours so they may share them with their fellow human beings and lead a humble life, full of gratitude, contentment, and righteousness:

{O you people! Call to mind the favours of Allah unto you! Is there another Creator other than Allah to give you sustenance from heaven or earth? There is no God but He: how, then, are you deluded away from the truth?} (Qur’an 35: 3)

{And He gave you from all you asked of Him. If you were to count the blessings of Allah, you could not enumerate them. Indeed, humankind is [generally] most unjust and ungrateful.} (Qur’an 14: 34)

May Allah enable us to appreciate the blessings He has bestowed upon us and to express our gratitude for the favours done to us by His creation, âmeen.

Life is like a puzzleThe Virtues of the Qur’an