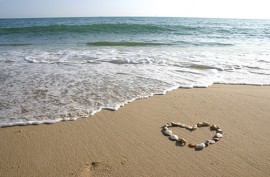 “…and who restrain anger and who pardon other people; for Allah loves the good doers.” (Qur’an 3:134)

Whenever I come across this verse, I always imagine how it must have felt for the Prophet (sa) to forgive and unite with the people of Makkah. With over a decade of persecution, betrayal, and outright hostility towards him, Islam, and the early companions, one cannot but marvel at the personality of the Prophet (sa) as a forgiving person. Forgiveness is not an easy attribute for human beings. Because it is so closely associated with the feeling of being hurt, a lot of people find it difficult to forgive easily when they have been wronged.

When someone’s actions have a negative impact on us, we are bound to feel hurt and become angry at the person. However, as human beings, we make mistakes and there is almost no way you will go through life without offending someone or the other. What makes an offence better is when we seek the forgiveness of those whom we have hurt, and seek to make peace with them.

The  Qur’an, Hadiths, and biographies of the early companions all point to forgiveness as an attribute of a good Muslim. The story of Prophet Yusuf (as) is a very good lesson on the importance of forgiving other people. His brothers were jealous of the love their father showed towards Yusuf, and as such, plotted to kill him. After plotting their mischief, they threw Yusuf into a well where he was later found and sold into slavery. They went back home to lie to their father that Yusuf had been eaten by a wolf.

Allah’s promise to Prophet Yusuf raised him out of his adversity and made him a wealthy man to whom his brothers would later come for assistance. When they discovered that the wealthy man they were asking for help was indeed their own brother, they sought his forgiveness. Yusuf forgave his brothers and took care of them. The moral of this story lies in the benefit of forgiving other people and these benefits go a long way in making us better people and keeping the Ummah united.

Forgiveness is important in our personal and spiritual relationships, as it is a trait that allows us to live in harmony, love, and kindness with other people. May Allah make us among those who forgive easily and earn His pleasure.

February 22, 2015By Amina SalauReflections Relationships Self-help
Forgiving in IslamForgiving others for the sake of AllahImportance of Forgiving Others
FacebookshareTwittertweetGoogle+sharePinterestpin it