Thinking Outside the Box and Inside Islam – Part 2 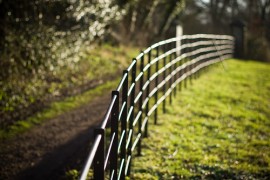 Let us take an example. You work at an office where it is the norm for male and female colleagues to shake hands. You are fairly sure that it is not allowed in Islam but you’ve heard someone say that it is better to do so than create a boring, old-fashioned, primitive image for Islam. You also assume that if you refuse to shake hands, people will label you as a ‘fundamentalist’. Your first step will be to challenge all these assumptions. Do not rely on pre-formed notions but look into the matter and find out the correct rulings regarding the proper interaction between males and females as per Islamic guidelines. Also, don’t label other people as being intolerant just like you feel they may label you.

Never fall for the obvious solution. Remember that any solution you come up with is one of many, it is not the ONLY one. Just like Ibrahim (as), do not stop at the star. Look beyond and find the true answer. If you look only at the obvious, you will be unable to look beyond it. List down as many solutions as you can come up with, however, bizarre they may be. Just coming up with alternatives will open up your mind to endless possibilities.

Using the same example as cited above, generate alternatives to how you can avoid shaking hands while not creating an uncomfortable work environment. Alternatives can range from pretending not to have noticed the outstretched hand, to calling out a greeting from far, politely telling the person that you don’t shake hands with members of the opposite sex, or pasting a picture of the President of Iran bowing instead of shaking hands with a lady official. Come up with as many options as you can, even if they are bizarre.

3. Don’t be afraid to try out creative solutions.

It was because of a creative idea that the Muslims were able to win the Battle of the Trenches, with the permission of Allah (st). From an idea proposed by Salman al-Farsi, huge trenches were dug around the city of Madinah which prevented the enemies from attacking. Similarly, the Prophet Muhammad (sa) ordered each Muslim to burn a bonfire individually at the time of the conquest of Mecca. When the Meccans saw the great number of fires from a distance, they assumed that the Muslims had a massive army and this shook them up. The Prophet (sa) was open to new ideas and was willing to try them out. You should too.

With regard to the issue discussed above, a creative solution a friend once suggested was to extend one’s hand with a pencil in it. When the other person ‘shakes hands’ with the pencil, they immediately get the idea without causing any major awkwardness!

At the most, your solution might not work out, in which case you can try out any of the other alternatives.

Believe that Islam is the complete way of life as Allah has said:

“… This day I have perfected for you your religion and completed My favour upon you and have approved for you Islam as religion …” (Surah al-Maida, Verse 3).

We need to have faith that Islam is the religion that has been chosen by Allah as the best deen for all times. If we are finding it difficult to practice it then maybe we are not coming up with creative solutions for practising it. Allah has always known how times would change and Islam has enough flexibility to let us do things we want to do, while staying very much within the parameters defined by Allah. It’s just a matter of moving out of the box.

Read part one of this article here.

Winter: A Blessing for the BelieversThinking Outside the Box and Inside Islam – Part 1