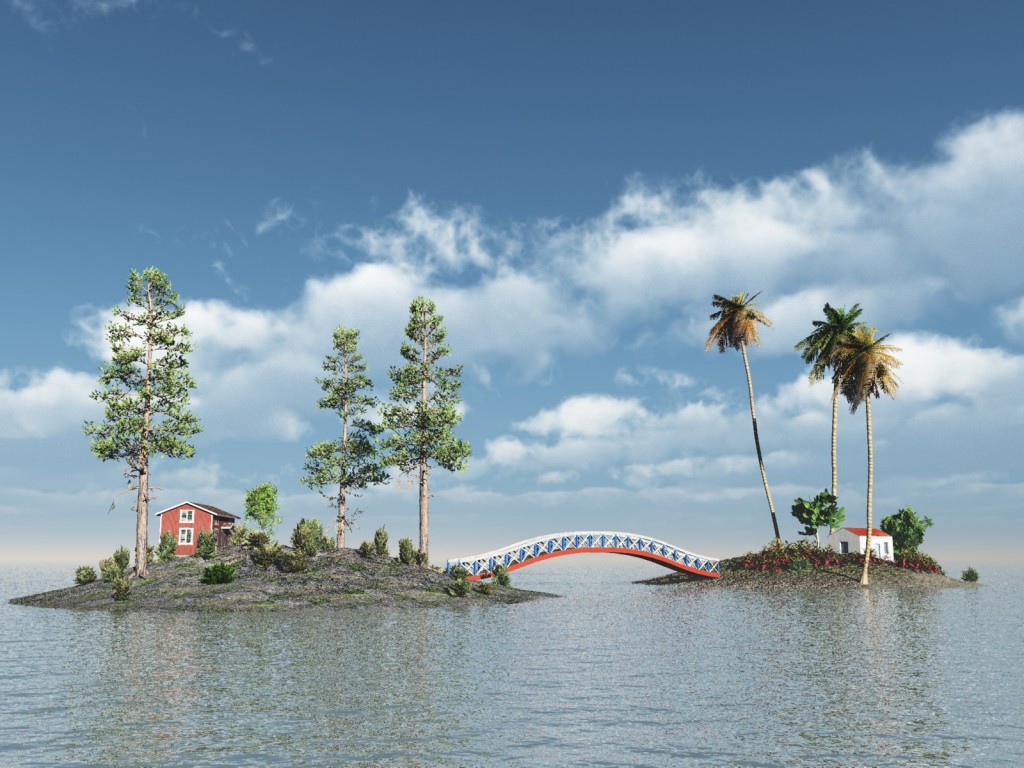 The Companions of the Prophet (sa) were trained by him in such a way that their hearts dwelt in the afterlife. Consequently, they raced each other to perform good deeds and were courageous soldiers of the truth, unafraid of death. They lived in the world the way it should be lived, as travellers and wayfarers interested only in achieving their purpose of life: to gain the pleasure of Allah.

If we desire that our children follow the same path and lofty character as that of the Companions, we must inculcate in them a strong love for Allah and a deep-rooted belief in the hereafter. Simultaneously, we ourselves will grow in it too.

Below are some tips to achieve this goal:

Acquaint them with their true abode – Jannah (Paradise)

The introduction to Jannah can begin at the time of toddlerhood, by talking about its beauty, the blessings in it, and the meeting with Allah and His messengers. Children love to fantasize all the things they can have in Paradise, the possibilities being endless. Instead of telling fairytales and magical stories, relate the beauty of the streams and gardens of Paradise. This can only be possible if at first, Paradise is set in our eyes, as parents.

To introduce Jahannum (hellfire), wait till they are a little older. Discussion of Allah’s wrath and His punishment should come afterwards, just like the mercy of Allah is far greater than His wrath.

Tell your children that Jannah is their real home, the one they must work hard to achieve. Make them enthusiastic and homesick for Jannah by mentioning it often with the same enthusiasm that you want them to have. Tell them that the fun in this world is short-lived and partial, whereas Jannah is the actual place for FUN; no studying, no work, no boredom!

Once in a while, encourage them to ‘send’ their belongings to Jannah through charity. When they do something good, tell them that they’ll get a reward for it in Jannah. Also encourage them to plant trees in their garden of Paradise by engaging in Dhikr (remembrance of Allah).

When Prophet Muhammad (sa) met Ibrahim (as) during his ascension to Paradise, Ibrahim (as) advised him: “Command your Ummah to plant saplings of Paradise plentifully, as the soil of Paradise is fertile and its plain is spacious. It was asked: What are the saplings of Paradise? He replied: La Hawla Wala Quwata illa billah (There is no might to resist evil and no power to do good, except through Allah.)” (Musnad Ahmad; authenticated by Albani)

Introduce them to life after death using real life examples

Use real life occurrences to talk about how Allah (swt) is capable of giving life to the dead and the way He will resurrect us. For example, grow plants with your kids and observe how a tiny life emerges from a lifeless seed. Or during changing weathers, talk about how a flower blooms and dies and how new leaves sprout in one season and eventually fall in the other. Discuss how rain comes and gives life to dead plants. Talk about the might and power of Allah while observing His creation.

Allah (swt) gives the parable of rain in the Quran: “And of His signs is that you see the earth stilled, but when We send down upon it rain, it quivers and grows. Indeed, He who has given it life is the Giver of Life to the dead. Indeed, He is over all things competent.” (Surah Fussilat 41: 49)

Also discuss the meaning of the supplication that is made after we wake up and other duas that remind of going back to Allah. “All praise is due to Allah, Who has brought us back to life after He has caused us to die, and to Him is the return.” (Bukhari)

Death should not be a taboo; mention it frequently in an age-appropriate manner, not as something to be disliked or worried about, but as something to prepare for. The purpose is not to scare the children but to make them aware of the transient nature of this world. You can also introduce the concept of martyrdom (shahadah) to kids, which is a special form of death in the way of Allah.

With older children, visiting the graves can also be a poignant reminder. Your library must contain books that have a detailed description of the phases after death, the Judgement Day, and Paradise and hellfire.

Impart the reality of life

School-going children begin to understand the concept of assessments and examination. Tell them how this world is nothing but an examination hall and Allah (swt) has not sent us to live here permanently; we are being tested as to who does the best deeds. The purpose and nature of life should be clear in the minds of children.

When children have their result day in school, do not forget to talk about the result day of the hereafter.

Moreover, before children hit puberty, make sure they know that now their responsibility will begin. Now they are liable for all their actions and that angels will start writing in their books of deeds to be presented on the Judgement Day. Discuss and read the explanation (tafseer) of the last Juz of Quran which talks about Akhirah in detail.

May Allah allow us and our children to rightfully prepare for the afterlife and live under the slogan of the Prophet (sa) and his companions. Ameen!

“O Allah! Real life is the life of the hereafter, so favour the Ansar and Muhajiroon with your mercy.” (Muslim)