Protect Yourself with Knowledge 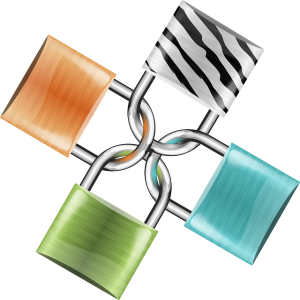 Francis Bacon (1561–1626) has been described as an English philosopher, statesman, scientist, juror, orator, essayist, and author. He lived in a period of transition from the Renaissance to the early modern era. Bacon wrote about law, the state and religion, politics, and more, but he may most be remembered for a statement attributed to him, “Knowledge is power.” Many others have quoted and elaborated on his statement, and it is now part of common parlance.  Indeed, Thomas Jefferson (1743–1826), the third president of the United States, is known to have used the phrase at least twice. In one quote Jefferson states, “…the members of which do not generally possess information enough to perceive the important truths, that knowledge is power, that knowledge is safety, and that knowledge is happiness.” [spelling updated] What interests me here is Jefferson’s statement, “Knowledge is safety,” which can be understood on multiple levels.

The Messenger of Allah, blessings and peace be upon him, told us: “Ask Allah for beneficial knowledge and seek refuge with Allah from knowledge that is of no benefit.” (at-Tirmidhi; reliable) And in fact, without pursuing knowledge we could not practice our deen.  In Islam there is something known as “fard al-ayn”, which refers to the knowledge that each Muslim is individually obligated to know. Prayer is an excellent example of this as the Messenger of Allaah (saas) said, “The first thing one will be held accountable for on the Day of Judgment is prayer.” (Abu Dawud and al Nasa’i; sound)  Each of us must perform our five daily required salat and learn to perform them correctly. This is the same with respect to other obligations such as fasting and zakat, as well as having knowledge of the fiqh surrounding marriage and business before entering into either of those, for example. Without knowledge, we cannot possibly obey and fulfil our obligations to Allah (swt).Thus knowledge of the deen and acting in accordance with it protects our Hereafter with the Mercy of Allah (swt).

Knowledge of the deen also protects our life in this world. In the most obvious sense it protects us from doing things that are harmful to ourselves, our community, and society-at-large. There are practical reasons for the prohibition of alcohol, gambling, and interest, for example. Just imagine a world without those three and the associated evils that inevitable fall on individuals, communities, and society because of them. Who better to teach us what is good for us and what protects us than our Creator?

But there is another layer to this discussion that is becoming increasingly more important—our personal knowledge of the deen protects us from the ignorance of others and what flows from that ignorance. And this is especially true in an environment with a large, vocal, and influential minority that is openly hostile to Islam and to Muslims. Thus, for example, there are a few topics that are repeatedly mentioned to disparage Islam: men being allowed four wives; the requirement that women cover their hair; Qu’ranic verses that supposedly support the killing of non-Muslims; and women praying behind men are some of the more common ones. Have you ever heard the quote, “If you tell a lie big enough and keep repeating it, people will eventually come to believe it.” Although the authorship of this quote is disputed, its meaning is worth noting. As Muslims, we need to know our deen to refute these misconceptions and lies that circulate in the general public and become a means to justify domestic and foreign policies specifically detrimental and targeted at Muslims.

On a more individual level, knowledge of our deen protects our children. Children will inevitably ask questions about the deen and want to know why we do certain things. This curiosity is reasonable, especially in a non-Muslim society where the norm can be very different from our practices. A parent must have easily understood answers to questions such as: “Why do I have to cover my hair?” or “Why can’t I go to that party with the other kids?” If not, the child may very well engage in activities that Islam does not condone. Sometimes the answer might be, “Because Allah (swt) has asked us to do so (or not to do so),” but that answer must be accompanied by a discussion on why we obey Allah (swt), even if we have not been told the reasons behind a certain command.

On a cautionary note, it is important to know your sources of knowledge. Is your information coming from the Qur’an, Hadith, and reputable scholars? When I first accepted Islam, many lovely sisters wanted to help me. I noticed though that I was getting all sorts of different information on basic, yet essential, practices such as where to put my hands and feet during prayer. I soon learned that as a convert I was going to have sift through what was cultural and what was Islam, and not be satisfied that some sister or brother told me to practice in a certain way and just leave it at that. I appreciated and listened to what they had to say, but I confirmed what they told me with those who had more knowledge. So, while there are differences that are permissible in Islam, it is important to make sure the sources that you rely upon are reputable.