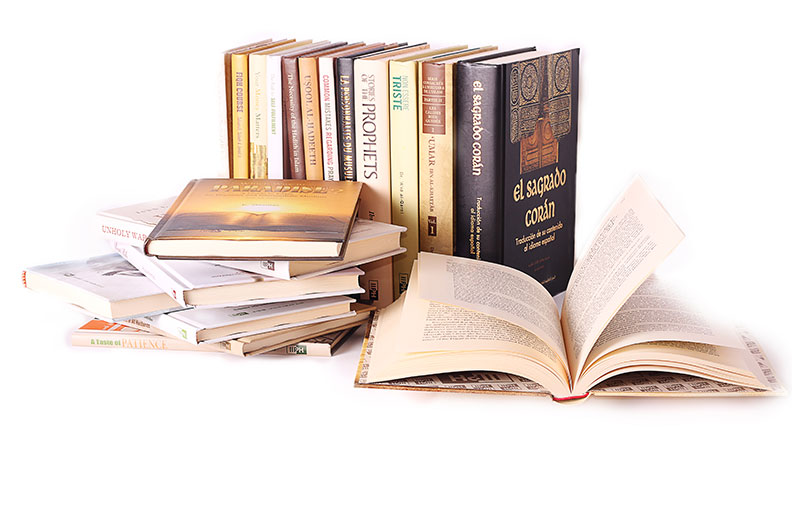 Twenty-first century: Just a mention of the phrase calls up ideas of technology, scientific reason, rationality, and modernism. We are already sixteen years into the century but we have not waned in our technological and scientific advances. Everything is getting easier and faster than before.

Cloning is now possible, babies can be photographed even before they are born, and we can look far into outer space. These technological advances suggest that the growth of our knowledge over the years is at the root of our development.

Let’s go all the way back, though, to where it all began.

A rudimentary understanding of our world began with the very first human on earth. When Prophet Adam—the first human ever—was created by Allah, he was taught the names of everything on earth by Allah. Allah affirms in the glorious Qur’an:

So if you have had a mental image of humans evolving from Neanderthals that rejoiced at the sight of fire and its ‘discovery’, you may want to re-evaluate that.

This verse reveals the very foundation of our knowledge today. Had not our father, Prophet Adam been taught the names, characteristics, and understanding of things in our world, we would not have been able to reach where we are today. Moreover, we find this theme of knowledge as the base of all rational behaviour to be a recurrent one in several stories within the noble Qur’an.

One must understand the magnitude of this command. These were God’s very first words relayed to His final Prophet. Prophet Muhammad’s very first directive from His Lord was to read: not to preach, teach, or orate—simply to read.

This is a directive for all of humanity: to seek knowledge, to learn, to ponder, and to think. Over the centuries, we have found Muslims doing just that. Time and time again, Muslims have discovered, invented, and innovated novelties, the centrality of such innovations almost always being their religion.

Among the most famous names in the field of geography and exploration, even in the West, are Ibn Khaldun and Ibn Batuta, renowned for their written accounts of history and exploration, respectively. And it was al-Idrisi, the well-known Muslim scholar, who produced very accurate maps in 1154, including a world map with all the known continents at the time with their mountains, rivers, and famous cities.

In the field of mathematics, Muslims excelled in geometry, as can be seen in their graphic arts. Arabic numerals were introduced to the world by Muslim scholars, as was the concept of zero as a digit. Mathematician al-Khwarizmi contributed significantly to the development of algebra and al-Biruni established extensive concepts of trigonometry.

In the field of medicine, Ibn Sina, better known to the West as Avicenna, was one of the greatest physicians in history. His famous book, al-Qanoon fit-Tibb, remained a standard textbook even in Europe for over seven hundred years.

Muslim astronomers were the first to establish observatories like the one built at Marageh (in modern-day Iran). They invented instruments such as the quadrant and astrolabe, which led to advances not only in astronomy but in oceanic navigation, contributing to the European age of exploration.

Similar advances took place in the fields of geography, physics, chemistry, mathematics, medicine, pharmacology, architecture, history, linguistics, astronomy, and even technology. It may be interesting to note here that, unlike the rest of Europe, the Middle Ages were not the ‘Dark Ages’ for the Muslim world but were a time of enlightenment and incomparable advancement.

Thus, we can say confidently that Islam and the Muslims have contributed a great deal in the field of knowledge, following the verse in the Qur’an which says:

“We (Allah) will show you (humankind) Our sign in the universe and in yourselves until you are convinced that the revelation is the truth.”
(Quran 41:53)