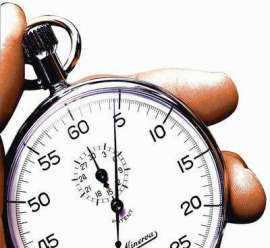 “…a relatively obscure, yet highly effective, school of management that has left indelible marks on the minds of innumerable researchers, leaders and managers.

“Through it, the early Muslims rapidly achieved success, and their legacy lasts until today. This historically unique success prompted Michael Hart1 to consider Prophet Muhammad (Ṣalla Allâhu ‘alayhi wa sallam) as the most influential person in history.”

THE distinction of the Islamic perspective is that, unlike the common concepts of management, it encompasses belief in Allah and the hereafter. These added dimensions have countless ramifications on the actions and interactions of individuals, organisations and societies.

Ethics play a major role in the Islamic perspective of management.

Islamic teachings represent an inexhaustible source of knowledge that is overlooked by modern management scholars.

A major implication of belief in God is the inclusion of revelation as the primary source of knowledge. The appreciation of this belief can result in significant developments in the area of management.

“The Qur’an keeps giving new guidance, knowledge and perspective to people at different times and in different geographical locations. […]

“On the other hand, while the contributions of contemporary management theory are numerous, many of its conclusions are derived from empirical studies that were carried out within a certain cultural framework. These conclusions are generally not universal…”

A major concern of management research from the Islamic perspective is to provide new ways and means of problem-solving and better allocation of the resources that Allah made subservient to humankind.

The teachings of Islam represent a perfect plan which, if implemented, will certainly lead to success in this world as well as the hereafter.

Print edition available in English and French at iiph.com

When One Desires To Talk, Then it is Upon Him To Think Before He Speaks..Allah Aids This Ummah Due To Its Weak Ones