The Prophet’s Love and Compassion for al-Hasan ibn Ali 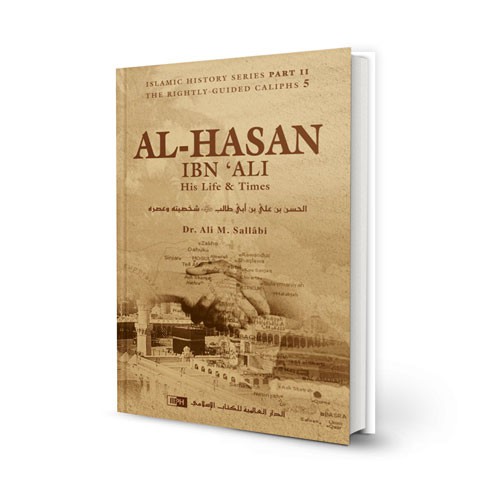 The Prophet’s joy at the birth of al-Hasan was great indeed. He spent a lot of time carrying him and playing with him as a young child. Al-Hasan grew up under the care of the Prophet (sa), right from his birth until he became a young man. He bore a clear resemblance to his grandfather (sa). Al-Hasan enjoyed a high status in the eyes of the Prophet (sa). This was not only because he was his grandson, but also because of his good character, noble attitude and modesty.[1]

It was narrated from Abu Hurayrah (ra) that the Messenger of Allah (sa) said: Whoever loves al-Hasan and al-Husayn loves me, and whoever hates them, hates me. (Recorded by an-Nasâ’i with a sound chain)

It was narrated from Abu Hurayrah (ra) that the Prophet (sa) said concerning al-Hasan: O Allah, I love him, so love him, and love those who love him.

Abu Hurayrah (ra) said: I never saw him but my eyes filled with tears. (Recorded by Ahmad with a sound chain)

It was narrated that al-Bara’ ibn ‘Âzib said: I saw al-Hasan ibn ‘Ali on the Prophet’s shoulder, and he was saying: O Allah, I love him, so love him. (Muslim)

It was narrated that Ya‘la ibn Murrah said: al-Hasan and al-Husayn came racing towards the Messenger of Allah (sa), and one of them reached him before the other. He put his hand on his neck and pressed him to his stomach and kissed him. Then, he kissed the other one and he said: I love them, so love them too. O people, children are the cause of stinginess and cowardice. (Recorded by Ahmad with a sound chain)

It was narrated that Zuhayr ibn al-Aqmar said: A man from al-Azd said: I heard the Messenger of Allah (sa) saying concerning al-Hasan ibn ‘Ali: Whoever loves me should love him. Let those among you who are present convey it to those who are absent. If the Messenger of Allah (sa) had not urged us to convey it, I would not have told you. (Recorded by al-Hâkim with a sound chain)

It was narrated that Usâmah ibn Zayd (ra) said: The Messenger of Allah (sa) used to make me sit on his thigh and make al-Hasan sit on his other thigh, and he would say: O Allah, I feel compassion towards them, so have mercy on them. (Recorded by Ibn Hibbân with a sound chain)

It was narrated that Abu Hurayrah (ra) said: al-Aqra‘ ibn Hâbis came to the Prophet (sa) and saw him kissing either al-Hasan or al-Husayn. He said: Are you kissing him? I have ten children and I have never kissed one of them. The Messenger of Allah (sa) said: The one who does not show mercy will not be shown mercy. (Muslim)