Kindness to Animals in the Islamic Civilization 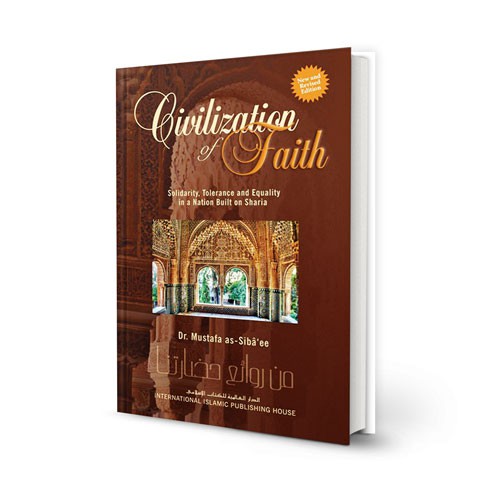 This is an interesting aspect of our amazing civilization, even though it may not be unusual during the times in which we live. Until the modern age, humankind did not think that animals were entitled to any share of kindness or mercy. Some modern nations still entertain themselves by killing animals during their festivals and celebrations as well as for sport. Our civilization is distinguished by its principles as well as its compassionate, sensitive and humane feelings, unheard of in any other civilization before or since, until the present day. This aspect is kindness and compassion towards animals, a mercy which draws attention and generates admiration and astonishment. The following are some examples.

The first thing that our civilization declares regarding kindness to animals is that the world of animals, just like the world of humans, has its own characteristics, nature and feelings:

{And there is no creature on (or within) the earth or bird that flies with its wings except (that they are) communities like you…} (Qur’an 6: 38)

Animals are entitled to kindness and mercy just like humans.

The Prophet (sa) said: Anyone who shows mercy, even to an animal meant for slaughtering, will be shown mercy by Allah on the Day of Rising. (Bukhari)

Mercy towards animals may even cause a person to enter paradise:

The Prophet (sa) said: While a man was walking on the road, he was overcome with intense thirst. Soon, he found a well. He went down into it, drank, and came out. There he saw a dog which was panting and biting the dust on the ground (in a vain search for water). The man said: This dog is suffering from thirst as I was. So he went back down into the well, filled his shoe with water, held it in his mouth, climbed out, and gave the dog some water to drink. Allah appreciated (his action) and forgave (his sins).

People said: O Messenger of Allah, will we be rewarded (for how we treat) animals?

He replied: In serving every living being, there is a reward.>> (Bukhari, Muslim, Mâlik, Ah@mad, and Abu Dâwood)

By the same token, cruelty towards animals may lead a person to hell:

The Prophet (sa) said: A woman entered hell-fire because of a cat which she tied up. Neither did she feed it nor did she let it out to eat the vermin of the earth. (Bukhari and Muslim)

The Sharia goes even further in enjoining mercy towards animals. It forbids staying too long on an animal’s back when it is standing still.

The Prophet (sa) said: Do not take the backs of your animals as chairs. (Bukhari and Muslim)

Islam forbids starving animals and making them thin and weak.

Once, the Prophet (sa) passed a camel whose belly was sticking to its back (because of hunger). He said: Fear Allah with regard to these dumb animals. Ride them when they are fit, and slaughter and eat them when they are fit. (Abu Dâwood and Ibn Khuzaymah; a sound hadith according to al-Albâni)

It is also forbidden to exhaust them by making them do more work than they are able to do.

Once, the Messenger of Allah (sa) entered a garden belonging to a man from among the Ansâr (helpers). Inside the garden was a camel. When the camel saw the Prophet (sa), it moaned and tears flowed from its eyes. The Messenger of Allah (sa) came to it and wiped away its tears. Then he asked: Who is the owner of this camel? Its owner said: I am, O Messenger of Allah. The Prophet (sa) said to him: Do you not fear Allah with regard to this animal of which Allah has given you possession? It has complained to me that you are starving and exhausting it (meaning wearing it out by making it work too much). (Abu Dâwood; a sound hadith according to al-Albâni)

An excerpt from Civilization of Faith by Dr. Mustafa as-Sibâ‘ie by Dr. Ali M. Sallabi available from IIPH