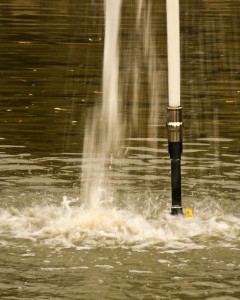 Sarim stomped on the floor and started yelling, with his fists clenched: “I want to hit you!” His mother, who had refused to let him go outside at that time, was in a dilemma. “How should I manage this child? He simply does not want to hear a ‘no’ or comply with anything that I say.”

Fatima missed no chance to hit and scream at her younger sister. Her behaviour was becoming worse, day by day. Sarah, her mother, tried hard to make peace between the two. At times she succeeded, but now things were getting out of control.

This is a common scenario in our homes: angry and aggressive children. How can we deal with them? Below are some helpful tips:

The first thing to acknowledge is that your child is still a child. Even Allah has not demanded obedience from children; they are not responsible for their actions until puberty. This does not mean we leave them to do whatever they wish; rather it is the time for you to teach them. It is natural for children to go through different behavioural phases. They are still learning. So, breathe a sigh of relief, and instead of becoming frustrated, sit down with a clear mind and brainstorm the possible ways to teach them.

2. Patience is the key

Although it’s easier said than done, patience and self-control is the most important element in dealing with an aggressive child. A shouting child may be justified, but a parent who lashes back and shouts louder in response is definitely not. Yes, I know it is difficult, and the parent has a strong urge to show who the in-charge is, but you are the responsible and sensible one, aren’t you? Your anger will only worsen the situation.

As the first step, check yourself; is my child copying my behaviour? Am I setting the right example for them? Lead your children by example and model for them the correct way to act when one is angry. Your example, not your words, will stay a long way with them.

Figure out the reason behind your child’s misbehaviour. Sometimes, children become cranky when they need to sleep or are hungry. At times, they may be a victim of bullying or problems at school. Or simply, they crave your attention and want some exclusive time from you. If a ‘no’ triggers them, learn to say no in a different manner. Too much screen time also makes children aggressive. If you have diagnosed the cause, half of your work is done; now make an effort to deal with and eliminate these triggers.

Children calm down when you acknowledge their emotions and show that you understand them. Many things can be put straight simply by talking. Yes, give them a hug and talk to them. Use sentences like: “I know you are upset” or “You really feel like screaming right now.” Once they have calmed down, discuss with them the solution to their problem and children themselves will come up with incredible ideas.

For example, in the case of Sarim, his mother tells him: “I know you are feeling bored, and you really want to go out and play. But it’s raining today, and I fear you might catch a cold. And then you won’t be able to play for the rest of the week. Instead, do you want to listen to your favourite stories?”

5. Teach them the Prophet’s way

Teach your children that it is normal to become angry. But instead of yelling and hitting, the correct way to deal with it is to be patient and later, to talk to the concerned person about what is troubling you. Teach them the manner in which Prophet Muhammad (sa) taught us to deal with anger. He said: “If he (an angry person) says: I seek refuge with Allah from Satan, then all his anger will go away.” (Bukhari)

The Messenger of Allah (sa) also told us: “If you become angry while standing, sit down. If anger leaves you, well and good; otherwise, you should lie down.” (Abu Dawood; authentic)

He also said: “When you are angry, you should be silent.” (al-Adab al Mufrad; authentic)

Although I have listed this in the end, Dua (supplication) in reality is the most significant solution to each and every problem that we face. Everything is in the Hands of Allah, so why not ask Him directly? He has the power and ability to teach us how to raise our children in the best way; He can grant us the wisdom to do things rightfully; He can grant patience to us and our children; our hearts and the hearts of our children are in His Hand.

Dua is always effective, especially the one that is done consistently and in the last third of the night.