Five Things to Keep in Mind When Joking 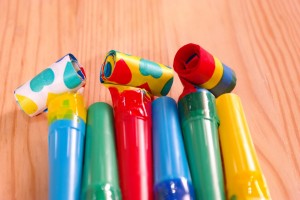 For the third time today, I came across a joke shared on social media that shocked me. It had gained popularity by comparing hellfire to the in-laws. “Oh well! What’s in a simple joke?” you might think. As simple as it may seem, it is not as harmless as it seems to be.

Islam is not just a set of rituals; it gives us practical guidelines for every aspect of life, including the manners of joking. This does not mean Muslims remain serious and solemn all the time; they just have a different twist to their jests. They care about the balance!

Numerous incidents of humour have been reported regarding Prophet Muhammad (sa) and his Companions. Yet, in each of them we find that they never lied to or mocked anyone. They did amuse themselves, but not at times that demanded seriousness. However, nowadays we find Muslims on two extreme ends; some live to laugh at everything, everywhere, and at all times, while others think it is impious to joke and make others smile. Once a man approached Sufyan ibn ‘Uyaynah and said: “Joking is not right; it is to be denounced.” He replied: “It is Sunnah but only for those who know how to do it and do it at the appropriate time.” (Source: Islamqa)

How can we practise this Sunnah appropriately?

Following are some of the teachings of the Prophet (sa) about joking. Let us bear them in mind the next time we want to crack a joke or forward it:

The fiqh put aside, don’t you think joking about the hellfire, the Angel of Death, and the Day of Judgement diverts people from their serious nature and makes them take these things lightly? These are part of our most beloved possession: our faith. If we don’t revere and respect them, who else will?

The hypocrites in Madinah would turn the very verses of the Qur’an that quivered the spines of the Sahabah and made them weep during the nights into subjects of laughter. Allah (st) sent the following verse to condemn them: “And if you ask them, they will surely say, “We were only conversing and playing.” Say, “Is it Allah and His verses and His Messenger that you were mocking?” Make no excuse; you have disbelieved after your belief. If We pardon one faction of you – We will punish another faction because they were criminals.” (Surah Tawbah 9: 65-66)

Scholars write that like the nullifiers of ablution (Wudhu) and prayers (Salah), certain things nullify a person’s faith. Among them is making fun of Islam and its elements. Ibn Uthaymeen writes in his fatawa: “The matters of Divine Lordship, Prophethood, Revelation and religion are sacred matters which are to be venerated. It is not permissible for anyone to show disrespect towards them, whether by mocking them to make others laugh or to poke fun at them.”  (Source: Islamqa)

Therefore, we must be very careful in our speech. We must also avoid making fun of hadiths that mention the beard, shortening one’s garment, and so on.

2. Am I hurting someone?

The people around us possess different natures; some may get upset with a minor joke, while others don’t. We must care about the feelings of our Muslim brethren by not making hurtful and insensitive jokes. Also, mocking and mimicking the way someone talks or walks and making snide comments is not acceptable, not even behind their backs. Would you like it if someone did the same to you? Allah (st) addresses the believers in Surah Hujurat: “O you who have believed, let not a people ridicule [another] people; perhaps they may be better than them; nor let women ridicule [other] women; perhaps they may be better than them.” (Surah Hujurat 49:11)

A Muslim is honest, even when he jokes. He doesn’t make up tall tales to entertain his companions. Prophet Muhammad (sa) is the best example for us. Abu Hurairah (ra) reported that the people said: “O Messenger of Allah, you joke with us!” He replied: “But I only speak the truth.” (Tirmidhi; sound)

Once the Prophet (sa) warned his Companions. He said: “Woe to him who tells things, speaking falsely, to make people laugh. Woe to him! Woe to him! (Abu Dawud; reliable)

4. Am I scaring someone?

Once while the Companions of the Prophet (sa) were travelling with him during an expedition, one of them fell asleep. Another man took a rope and tied him up. This alarmed the sleeping companion and frightened him. Upon this the Prophet (sa) said: “It is not lawful for a Muslim that he frightens a Muslim.” (Abu Dawud; sound)

Subhan’Allah! He taught us to care for our brothers so much that we shouldn’t even scare them by taking advantage of their weaknesses. This is an important principle to remember in our pranks.

5. Am I joking excessively?

A hardworking student in his examination seat may pass a smile or rub his fingers for a little break. However, you won’t find him being non-serious throughout the time. Similarly, in this test of life we may and must relax our soul with humour, but this should not become the sole purpose of our life.

There is a serious target that we need to achieve, and we can’t risk losing it over 24/7 puns and shenanigans. The Prophet (sa) said, “Do not laugh too much, for too much laughter kills the heart.” (Adab al-Mufrad; sound)