Four Ways to Teach Muslim Children to Deal with Halloween 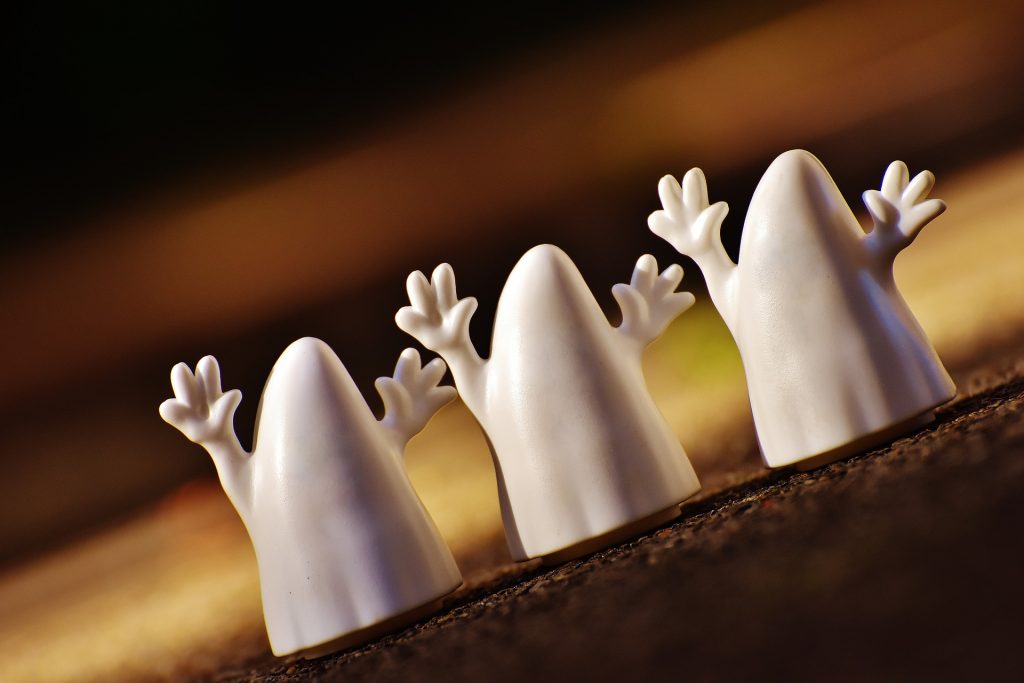 With Halloween just round the corner, the frenzy to come up with costumes and plans to go trick-or-treating are being talked about at school and at home. Due to the far-reaching effects of social media, these are not only children in the West or Europe, but around the world and from all religions.

Halloween’s origins date back to the ancient Celtic festival of Samhain. The Celts celebrated their New Year on November 1st. This day marked the end of summer and the beginning of the dark, cold winter, a time that was associated with human death. As a result, the Celts believed that on the night before the New Year, that is the 31st of October, the ghosts of the dead returned to the earth as the boundary between the worlds of the living and the dead became blurred. On this day, people gathered to burn crops and animals as sacrifices to the Celtic deities. By the 9th century, the influence of Christianity had spread into Celtic lands, where it gradually blended with and supplanted the older Celtic rites. In 1000 CE, the Church replaced Samhain with All Souls’ Day, a day to honour the dead. This was an attempt by the Church to replace the Celtic festival of the dead with a related, but Church-sanctioned holiday. All Souls’ Day was celebrated just like Samhain, with big bonfires, parades, and dressing up in costumes as saints, angels, and devils. The All-Saints Day celebration was also called All-hallows or All-Hallowmas and the night before it, began to be called All-hallows Eve and, eventually, Halloween. (Compiled from Ancient Origins of Halloween)

As Muslims, we need to make sure that everything we do has its roots in the way of life laid out by Allah and that it does not break any of His commands. Halloween is sadly a custom whose roots are found in pagan religions and as the Prophet (sa) told us: “Whoever imitates (the actions of) any people is considered to be one of them.” (Abu Dawood; sound) This however becomes very difficult to explain to children who want to join in the fun. Here are four ways to help you discuss this matter with your children to help them realize why it is important to stay away from this celebration

1- Tell your children about the origins of Halloween

Relate the origins of Halloween to your children. Explain to them that this celebration comes from a very warped place of pleasing the dead and the ghosts, and believing that they had an effect on your life and your future. Make them realize that no logical person, let alone a Muslim, should consider taking part in a commemoration done in its memory. By celebrating Halloween, we compromise our religious beliefs because Allah has categorically prohibited magic. Halloween celebrates everything that is magical, superstitious, and supernatural. Just by celebrating it, even if you say you don’t believe in that stuff, you will be compromising your belief in a subconscious way by following a festival or celebration that is totally against the commandments of Allah.

The American Halloween tradition of ‘trick-or-treating’ dates back to the Samhain. Priests would go from house to house on 31st October and demand food to offer to the spirits to calm them. Those who did not give them any food were believed to be cursed. On the other hand, good luck was promised to those who donated generously; hence the phrase ‘trick or treat’. As fun as it may sound to go and collect candy, again the roots lie in something that was a celebration of magic and evil, and it does not befit a Muslim to take part in something that is disliked by our Creator. The pagans mistakenly believed in the power of the spirits in cursing or blessing them, but we know for sure that only Allah has the power to bless us or take away from us, and only His pleasure and opinions should matter.

3- Tell them why costumes are worn

The tradition of dressing in costume for Halloween has Celtic roots. On Halloween, when it was believed that ghosts came back to the earthly world, people thought that they would encounter ghosts if they left their homes. To avoid being recognized by these ghosts, people would wear masks when they left their homes after dark so that the ghosts would mistake them for fellow spirits. Even today, the majority of the costumes worn are those related to the dead, witches, magic, monsters, demons, and so on. Help your children ponder over this and make them realize that what may seem like ‘harmless fun’ has its roots in shirk (polytheism) and attributing powers to evil spirits that belong only to Allah.

Just saying no to Halloween and stopping children from joining the festivities may not be a wise thing to do. With all the paraphernalia in their faces, it is hard to not feel left out. The best way to do this is to give your children alternatives that can make them have fun as well. Having a costume party a month in advance may be a great idea. Gifting them candy on Eid is a great idea since one of the charms of Halloween is to get candy. Plan fun things to do on Halloween so that the kids have a great time anyways! Play games, do some art work, or get cracking at a thousand-piece jigsaw puzzle. Bake cookies, or try out a new recipe. Even better, sit in and plan out an incredible Eid party and Eid festivities since the two Eids are the two days that Muslims should truly celebrate. It is also a great idea to stay in and do dhikr (remembrance) of Allah and ask for His forgiveness and help against doing anything that displeases Him.