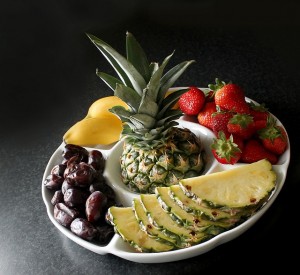 There are unprecedented benefits of keeping voluntary fasts throughout the year, in addition to compulsory fasts during Ramadan. Fasting is known to provide a ‘shield’ for the Muslims and is a blessing for us to guard ourselves from sins. The Prophet (sa) said: “Fasting is a shield.” (Muslim)

We will now explore some of the merits and benefits of keeping voluntary fasts during the year.

Our beloved Prophet (sa) recommended us to fast on certain days. If you fast voluntarily on these days, we will follow the Sunnah and gain the virtues of fasting.

Voluntary fasting is one of the ways in which we obey the Messenger (sa) and follow what he guided us to.

There are many health benefits of observing regular voluntary fasts. These benefits include reducing oxidating stress and inflammation in the body, maintenance of a healthy body weight, improvement of blood pressure, and removal of waste from cells that can help prevent heart diseases. Fasting also gives rest to the digestive tract. In short, voluntary fasts, just like obligatory fasts, have immense benefits for our overall mental and physical wellbeing.

Benefits of fasting on Mondays and Thursdays

The reason behind that was reported in the following hadith:

The Prophet (sa) said: “Whoever fasts for three days each month has fasted for a lifetime. Then he said: Allah has spoken the truth in His Book: Whoever brings a good deed shall have ten times the like thereof to his credit.” (an-Nasa’i; graded sound by al-Albani)

Ibn Umar (may Allah be pleased with him) reported: “The Messenger of Allah (sa) used to fast three days of each month: Monday at the beginning of the month, the following Thursday, and then the Thursday after that.” (an-Nasa’i; authenticated by al-Albani)

Benefits of fasting on Ashoora and the Day of Arafah

Muharram is the first month of the Hijri calendar, and it is recommended to fast on the day of Ashoora.

Abu Qatadah (may Allah be pleased with him) reported that the Messenger of Allah (sa) was asked about fasting on the tenth day of Muharram, and he replied: “It is an expiation for the sins of the preceding year.” (Muslim)

Ashoora falls on the 10th of Muharram, and fasting on this day can help expiate your sins, enabling you to work towards pleasing Allah (swt). Same goes for fasting on the Day of Arafah.

Seek rewards by following the example of Prophet Dawood

Abdullah ibn Amr reported that the Prophet (sa) said to him: “The most beloved fasting to Allah was the fasting of (Prophet) Dawood, who used to fast on alternate days. The most beloved prayer to Allah was the prayer of Dawood, who used to sleep for (the first) half of the night and pray for one-third of it and (again) sleep for a sixth of it.” (Bukhari)

Giving Advice the Islamic WaySeven Benefits of Entrepreneurship for a Muslim