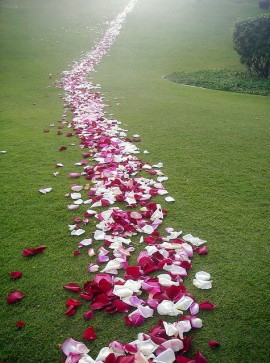 Allah (st) tells us in the Qur’an:

Indeed in the Messenger of Allah you have an excellent example to follow for him who hopes in (the Meeting with) Allah and the Last Day and remembers Allah much.

Say (O Muhammad to mankind): “If you love Allah then follow me, Allah will love you and forgive you of your sins. And Allah is Oft-Forgiving, Most Merciful.”

The key to obtaining Allah’s love and eternal bliss is to follow the example of the Prophet Muhammad, blessings and peace be upon him (sa). In order to follow someone properly, we must know that person, and know them well. Alhamdulillah, we know an immense amount of detailed information about the Prophet Muhammad (sa), even though he was born over 1,400 years ago. We know more about him than any of the other Prophets (as), which makes sense as the Qur’an is Allah’s Last Revelation, and the Prophet Muhammad (sa) is the Seal of the Prophets (33:40). Indeed, we have no excuse not to follow him, because what we need to know can be found in the Qur’an, Hadith collections, and Seerah.

The linguistic meaning of the word ‘seerah’ means ‘path’ or ‘a path on which someone walks’. The word ‘Seerah’ capitalized, and as understood by Muslims, specifically refers to the biography of the Prophet Muhammad (sa). The Seerah brings to life the Prophet’s (sa) noble character, his obedience to Allah, his generosity, his humbleness, his gratefulness, his gentleness with Allah’s creation, and so many other virtuous traits. It is a story like no other; it is a plot that only Allah could create.

According to the Islamic teachings, Prophet Muhammad (sa) is the best of creation, whom Allah (st) praises in the Qur’an:

And verily, you are on an exalted standard of character.

The Prophet (sa) is also the beloved of Allah and afforded special blessings like no other human:

Allah sends His Salat (Graces, Honours, Blessings, Mercy, etc.) on the Prophet and also His angels too (ask Allah to bless and forgive him). O you who believe! Send your Salat on (ask Allah to bless) him and (you should) greet (salute) him with the Islamic way of greeting (salutation, i.e. As-Salamu ‘Alaikum).

An indication of the strength of our faith is how much we love the Prophet (sa):

“None of you will have (perfect/complete) faith till he loves me more than his father, his children and all humankind.”(Bukhari)

The more you read about the Prophet (sa), the more you fall in love with him. Fortunately, there are many different ways to approach a study of his life depending upon your particular learning style and preference. For example, some people can pick up a Seerah of any length and read, fully engaged, beginning with the ancient history of Arabia until Abu Bakr’s (ra) caliphate. Others like to begin by focusing on specific themes – for example, the battles of the Prophet (sa), his relationships with his wives, his teaching methods, or how he corrected people. Much can also be learned about the Prophet (sa) by reading stories of his Companions (ra), how he inspired them, and their loyalty to him. Each time the Prophet (sa) spoke or remained silent, acted or remained still, there is a lesson for us to learn. It is easy to love the Prophet (sa) because he reached the pinnacle of human perfection in every way. We strive to emulate him, but of course, we will always fall short. But in our failure, our love deepens, because we begin to understand why he is Habib Allah, Allah’s beloved.

How much time should one spending studying the life of the Prophet (sa)? Again, this depends upon a person’s particular learning style and schedule. The important thing is to be consistent in your study.

“Perform your deeds properly and in moderation, and know that one’s deeds will not cause any one of you to enter Heaven, and that the most beloved of actions to Allah are the most consistent ones even if little in amount.” (Bukhari)

Scholars tell us that if you do something consistently for forty days it becomes a habit. Make it a habit to study the Seerah. Designate some time every day, even if only a few minutes, to learn about the life of our beloved Messenger (sa). Read Seerah with your children, as they love learning about him. From a very young age, my children would say, “Tell me another story about the Prophet.” And make du’a that Allah (st) gives you tawfiq (enabling grace) to be consistent, because each act of worship that we do is a blessing from Allah.

O Allah, send blessings on our Prophet Muhammad (sa), and his family and Companions, and grant them abundant peace!

J. Samia Mair is the author of five children’s books, the most recent Zak and His Good Intentions (2014). She is a Staff Writer for SISTERS Magazine and Discover, the magazine for curious Muslim kids, and has published in magazines, books, anthologies, scientific journals and elsewhere.

How to Build Self-Confidence: Islamic GuidelinesMind Mapping Your Way to Jannah