Eight Ways to Up Your Jannah Level 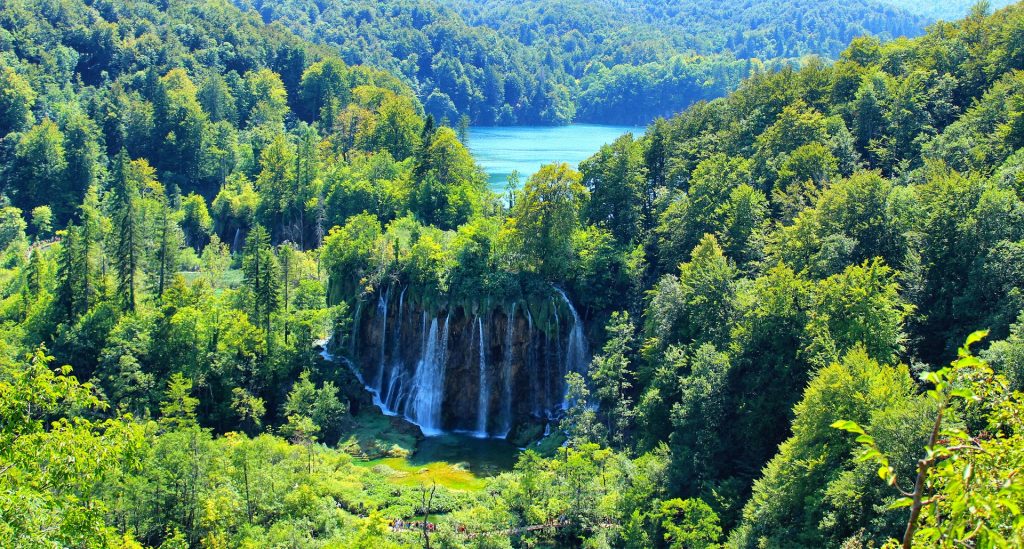 Everybody dreams of going to Jannah! From the youngest Muslims who dream of chocolate rivers, to the oldest of them who wish for a place of eternal peace and happiness! Allah mentions in the Quran: “They will have whatever they wish therein, and with Us is more.” (50:35)

We all strive hard in this world to get to Jannah. We try our best to adhere to the obligatory worships, to not lie or backbite and to be fair to others. We try to add extra worship whenever we can. But getting to Jannah should not be the only goal. We should strive to get to al-Firdaws. The Prophet (sa) said: “Paradise has one hundred grades, each of which is as big as the distance between the heavens and the earths. The highest of them is Firdaws, and the best of them is Firdaws. The Throne is above Firdaws and from it spring forth the rivers of paradise. If you ask Allah, ask Him for Firdaws.” (Ibn Majah; graded sound by al-Albani)

Here are eight ways to upgrade your level of Jannah to Firdaws!

1- Work on your character

The best amongst Muslims is he who has the best manners and character. The Prophet (sa) also told us: “The dearest and nearest among you to me on the Day of Resurrection will be one who is the best of you in manners; the most abhorrent among you to me and the farthest of you from me will be the pompous, the garrulous, and the arrogant.” (at-Tirmidhi; reliable)

Try to mould your character to be like the Prophet (sa) so that you can be with him in Firdaws in the hereafter.

“And whoso obeys Allah and the Messenger, then they will be in the company of those on whom Allah has bestowed His Grace, of the prophets, the siddeeqoon (the truthful), the martyrs, and the righteous. And how excellent these companions are!” (4:69)

Whenever you hear a command of Allah and the Prophet (sa), immediately accept it and obey it so that you are granted their company in the hereafter.

The Prophet (sa) said: “If anyone follows a path in the quest of knowledge, Allah will make the path of paradise easy for him… The superiority of the learned man over the worshipper is like that of the moon, on the night when it is full, over the rest of the stars. The learned are the heirs of the prophets, and the prophets leave neither dinars nor dirhams; they leave only knowledge, and he who takes it takes a big fortune.” (Abu Dawood and at-Tirmidhi; according to al-Albani, it is sound)

Be a lifelong learner and constantly try to seek new knowledge. Die in a state of being a student of the deen (religion), Allah willing.

Narrated Abu Sa‘eed al-Khudri that the Prophet (sa) said: “The people of paradise will look at the dwellers of the lofty mansions (that is, a superior place in paradise) in the same way as one looks at a brilliant star far away in the east or in the west on the horizon; all that is because of their superiority over one another (in rewards).” People asked: “O Allah’s Messenger! Are these lofty mansions the prophets’ mansions which nobody else can reach?” The Prophet (sa) replied: “By Allah, in Whose Hands my life is, some men who believe in Allah and trust His messengers will be able to reach them.” (Bukhari)

Do not discount any Sunnah of the prophet as ‘just something he did’. Follow and revive his Sunnah, and emulate him in every way that you can.

The Prophet (sa) said: “It will be said to the companion of the Qur’an after he has entered paradise: Recite, and rise! For every verse he recites, he will rise one level (in paradise), until he recites the last verse with him (that is, in his memory).” (Ibn Majah; graded sound by al-Albani)

Try to memorize as much as you can even if it is one word or one sentence a day. It may not be possible for everybody to memorize the entire Qur’an but keep learning little by little, and Allah will reward you for your efforts and intention.

It was also narrated from Katheer ibn Murrah (ra) that Abu Fatimah told him: “I said: O Messenger of Allah! Tell me of a deed that I can adhere to and act upon. He said: You should prostrate, for every time you will prostrate to Allah, He will raise your status by one degree thereby and erase from you one sin.” (Ibn Majah; graded authentic by al-Albani)

The Prophet (sa) asked: “Should I not inform you of the best of your deeds, the purest of them with your Master, and the highest of them in your ranks, and what is better for you than spending gold and silver, and better for you than meeting your enemy and striking their necks, and they strike your necks?” People said: “Of course.” He said: “Remembrance of Allah (Most High).” (at-Tirmidhi; graded sound by al-Albani)

Keep your tongue moist with the remembrance of Allah at all times!

8- Send blessings on the Prophet (sa):

Anas ibn Malik reported that the Messenger of Allah (sa) said: “If anyone sends salah (blessings) upon me once, Allah (sa) will send salah upon him tenfold; He will erase ten sins from him and raise him ten degrees in status.”  (an-Nasa’i; graded sound by al-Albani)

Send durood on the Prophet Muhammad (sa) as often as you can and be rewarded with elevated degrees in Jannah!