I Am Such A Good Person; So Why Am I Tested So Much?

The Prick of a Thorn by Dr. Aisha Utz 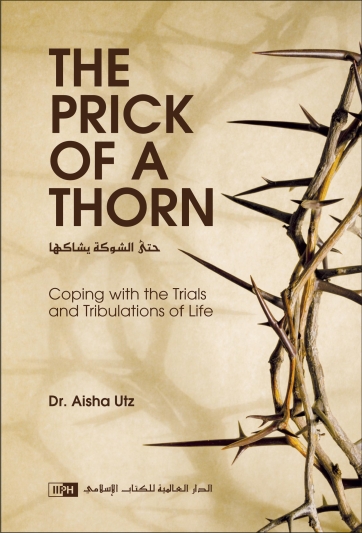 It cannot be assumed that only evil people are tried and tested, or that if one is a good and righteous person, one will be immune to the ups and downs of life. Allah informs us in the Qurʼan that even the believers will be tested in this life. In fact, it is the believers who will be tested to the greatest extent. Allah reminds us:

Do you think that you will be left alone to say, “I believe” and you will not be tested? Were not those before you tested and were they not tested more severely? The purpose of these tests for the believers is to determine the depth of faith in their hearts and their level of commitment to Allah and His religion. Some claim to be believers but when the time comes to sacrifice for the sake of Allah or to give up worldly desires, the weakness of their faith becomes evident.

The reality of our existence is that humans will not only be tested, but they will be tested in a way commensurate with their level of faith, with the prophets (peace be upon them all) having suffered the greatest tests, followed by the next best and then the next best. In essence, those who are more religious will experience more severe and intense tribulations.

<<Saʻd ibn Abi Waqqâs@ reported: I said: O Messenger of Allah, who are the most afflicted of all people?

He replied: The prophets, then the righteous people, then those who are nearest to them in perfection and those who are nearest to them. Man is tested according to his religiosity; if he is strong religiously, his test is increased and if he is weak in religion, his test is reduced. A believer will be tested until he walks on the earth sinless (that is, his sins have been erased by the series of afflictions that he has endured).>> (Bukhari and at-Tirmidhi)

As mentioned in this hadith and discussed in a later section, there are blessings in this testing, as the believers continue to be tried until all their sins have been wiped away and their soul has been purified.

<<Trials will continue to befall the believing men and the believing women in (terms of) their self, their children, and their wealth, until they meet Allah without having any sins.>> (A reliable hadith recorded by at-Tirmidhi)

As such, calamities, tests, and trials are a sign of Allahʼs love for the believers. When one fully comprehends the benefits of these trials, the true extent of Allahʼs love becomes apparent. Knowing that affliction by tests and trials in this life is less severe than the punishment in the hereafter and that in those experiences, there may be expiation of sins, elevation of rank, and purification of the soul should suffice. Tribulations are a mercy from Allah, because if He were to allow people to carry forward their sins into the hereafter, the pain and suffering would be more intense and unbearable.

<<If Allah wants to do good for someone, He afflicts him with trials.>> (Bukhari)

<<Indeed, the extent of the reward will be in accordance with the extent of the trial (suffering). Indeed, when Allah loves a people He tries them (with afflictions). So whoever is content (or pleased with Allahʼs decree), then for him is (Allahʼs) pleasure, and whoever is angry (or displeased), then for him is (Allahʼs) anger.>> (A reliable hadith recorded by at-Tirmidhi and Ibn Mâjah)

For the true believers (of Islamic monotheism), testing is an important component for admittance into paradise and for the determination of one’s level in it. Entrance into paradise is not an easy accomplishment. Rather, it is a goal that humans must strive and struggle to achieve. It comes about only with steadfast faith based upon belief in tawheed (Islamic monotheism), sincere obedience to Allah and His Messenger (sa), and complete trust in Allah. True believers must struggle in order to reach this final goal and to obtain the rewards that await them.

{Or do you think that you will enter paradise while such [trial] has not yet come to you as came to those who passed on before you?…} (Qurʼan 2: 214)

Ultimately, it is only due to the mercy and grace of Allah that one may be saved from hellfire and permitted entrance into paradise.

An excerpt from The Prick of a Thorn by Dr. Aisha Utz available from IIPH