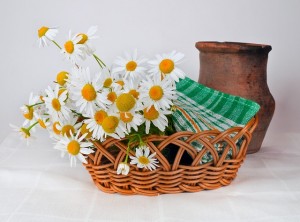 A daughter is a great blessing for any Muslim, as the Prophet (sa) said: “Anyone who has three daughters and provides for them, clothes them, and shows mercy to them will definitely enter the Garden.” A man from the people asked: “And two daughters, Messenger of Allah?” He said: “And two.” (Al-Adab Al Mufrad; reliable)

In these days of trials, when non-Islamic culture and anti-Muslim sentiment is widespread, we need to make sure that we teach our daughters values that will help them combat anything that can create doubts in their minds.

Here are seven things that every Muslim parent must teach their daughter to help her grow up as an independent, confident, and strong Muslimah:

1- Your hijab is your shield against oppression

Contrary to what everyone says, the woman who is forced to dress in skimpy clothes, is told that it is an achievement to be lusted by other men who admire her for nothing but her figure and style, and feels she is ‘missing out’ if she doesn’t ‘look’ beautiful is the one who is oppressed. She is oppressed to believe that her worth lies in her outward beauty and unknowingly bullied to believe that this is the goal she needs to strive for.

Grooming oneself and wanting to look pretty is part of being a woman, and a Muslim woman must not let herself go. Teach your daughter to look after herself, take care of her diets and exercise, and groom herself and look pretty, but do tell her to not give in to displaying herself to those who don’t care for her: for the odd man on the street, the person behind the checkout counter or the boy in her class! Explain to her that her hijab is her shield against this oppression; it will not only protect her from the ill-intentions of others, but will grant her the power to reveal her inner beauty! When others cannot dictate to you their terms of beauty, your inner beauty will shine and reveal to them the strength, courage, and intelligence of the Muslimah within.

In this day and age, saying ‘yes’ is a form of bravery and courage. YOLO (you only live once) is a phrase that every young person knows! They want to try out new things and push limits to make sure they have lived to the fullest! Saying yes is synonymous to the one who knows how to live life!

Teach your daughters that when faced with a situation where their friends want them to join in, be it to get a piercing, bunk a class, or try out a  beer, and saying ‘no’ will make them look like a coward, then saying NO is a far braver answer than saying YES. Sometimes being brave means letting others down, and the one who goes against the grain is far more valiant than the one who follows the crowd. Teach your girls to have the wisdom to listen to the voice within and to have the courage to say it out loud. And let them know that indeed we live only once, and we need to make every minute count so that we can make it to Paradise!

3- Do not give away your rights

Teach your daughters to be patient yet not give away their rights under the banner of Sabr. Allah has granted women different rights in different roles: she has a three-fold greater position as a mother than a father, she has the position of being subordinate to her husband in terms of decisions, yet she has been granted the status of love and respect, and as a daughter she has the unique position of being a source of Jannah for her parents. Allah has made her special, and she must know her rights in every relationship and demand them if not given. She should not be made to resort to a position of discomfort or humility because society tells her to bear with hardship to protect others. Teach your daughter to uphold what Allah has given her rightfully, and then submit to His will with patience that befits a Muslimah.

4- Always look at those below you, not above

The world holds its charm, undoubtedly. And every soul gets what Allah intends it to get. No one else can reduce what is yours nor increase it beyond what Allah has willed. Teach your daughters to always look at those below her, who have lesser blessings than her, and offer thanks and gratitude to Allah. Teach her that looking to those who have more than her in this world will only lead to frustration and unhappiness. Teach her to vie with those who are higher in Taqwa, and to compete with them instead; the success of the hereafter will eclipse any material blessing that is given in this world.

5- Your kindness and forgiveness is your strongest weapon

Teach your daughters that their ability to forgive and their inert kindness is their greatest strength. They will meet many people in their course through life – in-laws, neighbours, friends, colleagues – and some of them will hurt them and cause distress. Teach them that the best way to deal with them is to forgive and reply with kindness. Tell your daughters that if they hold back their anger and exercise kindness, it will bring to them the happiness that no revenge can bring.

6- Your family and home should always come first

The feminist movement and the fight for equality between men and women has stripped the woman of today off her most important treasure: the desire for being a homemaker. This is not to say that a woman should not have a career or endeavour to be more than a homemaker. We have several examples amongst Muslim women, particularly that of Khadija (ra) who was one of the most successful businesswomen of her time and one of the most successful women in the Aakhirah.

However, teach your daughters to not fall in the trap of considering homemaking as something that is beneath them, the work of women with no ambition, or something that needs to be shared between husband and wife. We are told by the Prophet (sa) that his daughter Fatima (ra) will be the leader of the women of Jannah, and if you look at her life, you will find that she spent her time as a devoted slave of Allah and a homemaker, who worked tirelessly for her home and family. The Prophet (sa) said: “If a woman prays her five (daily prayers), fasts during the month (of Ramadan), guards her chastity, and obeys her husband, it will be said to her: Enter Paradise by whichever of the gates of Paradise you wish.” (Ahmad, reliable) We know that the Prophet (sa) hoped that Abu Bakr (ra) will be called from all the doors of Jannah. (an-Nasa’i; sound) Every single Muslim woman also has this opportunity. Tell you daughters to avail it!

Whatever their position in life, however busy they may be, and however long the list of chores they may have to do daily, ingrain the value of seeking knowledge in them. Teach them to be life-long learners even if it means to learn one Qur’anic verse a day.  The Prophet (sa) has promised that those who set off on the path of knowledge will have their path to paradise made easy by Allah. (at-Tirmidhi;reliable)

How to Make the Most of the First Ten Days of Dhul Hijjah with your Children!Not Performing Hajj This Year? Benefit From the Hajj Season Wherever You Are!