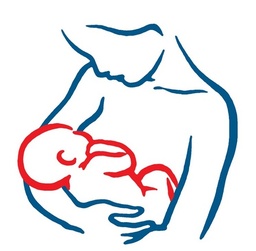 To snuggle up with your baby and to nurse him or her is one of the most natural and amazing experiences of motherhood! That said however, it’s not the easiest! At least, not in the beginning when the baby is new to the experience and so is the mother.

Some mothers have an easier time at it. Others may struggle initially. However, if you are a new mother or about to have a baby, make up your mind to give it your best shot! It may be a few weeks of difficulty, but once you and your baby have become used to it, there is no greater bond that you can establish with your child than the one you can establish through breastfeeding. Indeed Allah has blessed mothers with the ability to produce the baby’s food from their own bodies – a nourishment that is tailor made for the needs of each individual child!

There is a lot of research on the benefits of breastfeeding and several books that will teach you how to help your baby to latch on. The Muslim Mommy guide however intends to help you to take an Islamic perspective on it, so here are some tips and pointers to keep in mind!

Alhamdulillah, Muslims are conscious of eating halal food. However, it is also essential that we eat food which is Tayyab as well. Tayyab literally means clean and pure, and in this sense, it is food which is permissible and does not harm us. For example, though desserts are halal, they are not tayyab for the diabetic.

There is no clear definition of tayyab for breastfeeding, but various Muslim mothers suggest that the following should be avoided:

Commonly-used spices in the mother’s diet should be fine with the baby as they are accustomed to those flavours in the womb. Hence, mothers who belong to cultures where spicy food is eaten can continue doing so insha Allah.

Say Bismillah loudly when you start feeding. Also recite the dua for drinking milk and when the baby is done, recite the dua for finishing the meal. This will not only add blessing to the baby’s food but will be the first step in teaching him or her to follow the Sunnah.

Burping helps to remove the air the baby gulps down along with his or her milk, making the baby more comfortable and reducing the chances of him or her throwing up milk and/or choking. Burping can be a difficult task for the mother, particularly in the middle of the night. It is at this time that you must remind yourself that Allah sees your hardship and acknowledges it in the Quran:

“And we have enjoined on man (to be good) to his parents: in hardship upon hardship did his other bear him and his weaning was over two years. Be thankful to Me and to your parents, unto Me is the final destination.” (31:14)

For such acts of selflessness for your child, you are granted the high status of being a mother. Also at this time, pray for your own mother too who probably spent many nights similar to these for you as well.

A newborn baby typically feeds between 8-12 times a day. This can lead to soreness around the nipples, including chapping of the skin, making breastfeeding quite excruciating. There are many ointments that you can use for this. However, Allah has blessed the mother’s milk with anti bacterial properties and immunological agents. Rubbing a bit of expressed milk on the sore area and letting it air dry is an amazing way to heal faster, if Allah permits.

Other wonders of breast milk

Since breast milk is anti-bacterial, it can be used to help the baby in other ways. Research has shown that putting a few drops of expressed breast milk in the babies’ stuffy nose, infected eye, blocked tear ducts, nappy rash and/or ear infections have all proven to be effective ways to heal! Glory be to Allah, Who has helped mothers to provide for their children in every way possible!

Children wake up at all times of the day and night to nurse. Some mothers have the liberty to catch up on their sleep during the day. However, for those who have responsibilities of other children and the house on them and are unable to do so, make dua (supplication) to Allah to add Barakah (blessings) in whatever sleep you get! Allah is the only One Who has the power to create ease!

When feeding at night, it is best to get out of bed and feed while sitting in a chair or sofa to prevent smothering the baby by accident. A good idea may be to recite whatever you know of the Quran to keep your mind alert and also to benefit the baby.

Putting on the Quran while feeding

A child feels the most secure when he or she is nestled up against his or her mother and nursing. This is the perfect time to put on the Quran in the background or recite it yourself to create the same association of security with the word of Allah early on.