Thinking Outside the Box and Inside Islam – Part 1 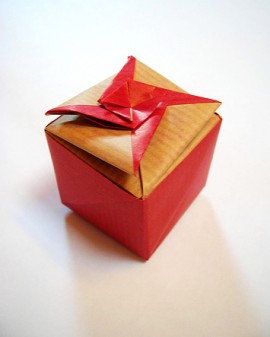 Our mind is like a stretch of plain land. When it rains, the land erodes to form ridges and depressions. When it rains again, water starts to settle into the depressions that were formed earlier. Similarly, when our minds are bombarded with information, this information forms ridges and depressions so to say, creating a pattern of concepts and ideologies. Any new information falls into the same pattern. In other words, our mind keeps arranging the information in a typical old pattern, leading us to think in the same old way and coming up with the same obvious solutions. Most of us tend not to think “outside the box”, leading us to stay within the comfort of our routines.

The modern world is a challenging place to live in. It poses many situations to the average Muslim which seem like an “either/or” situation: they can either have fun and live in this world or follow Islam. Many Muslims unfortunately confine themselves to this box, and live very unfulfilled lives, either in terms of dunya or deen.

The fact, however, is that Muslims have always been lateral thinkers; those who challenged assumptions, generated alternative solutions, asked why and came up with creative solutions to their problems while staying within the boundaries of Islam.

The example of Ibrahim (as)

The problem the young Ibrahim (as) faced was that the people around him were idol worshippers who worshipped everything from the stars to the sun. This was difficult for him to accept. He was, however, a lateral thinker: he questioned and challenged the assumptions his society had regarding gods and rose above the pattern. He explored the alternatives that made more sense. Since the people around him worshipped the stars and took guidance from them, he started thinking about them first: the star was definitely bright and beautiful, qualities that one would want in a supreme being! However, the star would disappear during the day and would not always be there as a guide, a quality not befitting a Master. Other alternatives were the sun and the moon, but Ibrahim (as) realized that all of these so-called deities appeared to be obeying a higher force or being who controlled all the discipline and order that was present around him. He finally concluded that there is only one God – a concept for that time and era to be not just out of the box, but beyond it!

Read more about challenging assumptions and other practical ways to think outside the box in Part 2 of this article.