Educating Your Child About Hajj 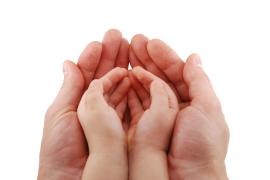 I remember being very confused about hajj while growing up as a child in the 80’s, because most of the things that I heard from those who had recently returned after performing it were, sadly, tinted with negative connotations, e.g. how physically taxing and difficult it was. Consequently, I grew up thinking that hajj was a journey that involved extreme physical difficulty, fatigue, and illness.

All praises to Allah, this perception of mine changed completely as soon as I started studying the Deen, independently at first, and later under a Qur’an teacher. As I entered my twenties, I started to yearn and long to perform hajj as soon as possible, and by Allah’s grace, I performed it soon after getting married.

Now, as a mother of three children under the age of 10, the oldest of whom is pining to go for hajj already, I cannot emphasize enough the importance of teaching children about hajj as soon as they are ready and willing to learn about it.

Parents should, however, execute this “teaching” in an informal, conversational manner and setting e.g. whilst sitting in the family room, or telling a story before putting children to bed at night. The younger the children, the less ‘lecture-like’ these knowledge-imparting sessions should be.

Stories From the Life of Prophet Ibrahim

Young children love listening to stories. Parents and teachers should, therefore, narrate to them the stories of different events in Prophet Ibrahim’s life – which are among the many stories of the prophets that Allah has described in the Qur’an – as an important part of educating them about hajj.

This story-telling will allow children to link the foundation of monotheism or tawheed in Islam to the rituals of hajj, because hajj involves circumambulating the Ka’bah, praying at the Maqam al Ibrahim, stoning the 3 pillars, performing Sa’yee between mounts Safaa and Marwah, and sacrificing an animal, all of which are rituals that link back to the history-altering events in Prophet Ibrahim’s life.

The ten blessed days of Dhul Hijjah come very soon after Ramadan, in which all the Muslims around the world are highly encouraged to do different kinds of good deeds together just the way they did during Ramadan.

Dhul Hijjah is a time of worship even for Muslims who are not performing hajj; hence, parents should try to explain that this hajj ‘season’ or the ten-day period in Dhul Hijjah is like the month of Ramadan, at the end of which Muslims around the world celebrate Eid Al-Adha together, and sacrifice animals for the sake of Allah.

Read a Book on Hajj Together

Parents and teachers should read out a book with short, easy-to-read explanations of the rites of hajj to children. They should be careful to do so at times when they are willing to listen, such as before bedtime, whilst lounging around in the evening, or during a seemingly boring activity, such as long car ride/road trip.

It is better to use a book with illustrations, because children love to see pictures that illustrate the content/words their ears are hearing. This concise, pocket-sized book on hajj is also a good example.

I still remember using a book-like “atlas” in school as a child. Google Maps and Google Earth are so much more interesting in comparison! Any child would love using these beneficial modern-day tools in order to learn about the locations of different places on earth.

Using these online tools, parents can show their children the country of Arabia on the map first, and then zoom in to the cities of Makkah, Madinah, and Mina, as well as the plains of Muzdalifah and Arafah.

Last but not least, undertaking a hajj project based on creative art and craft is one of the best ways parents and teachers can teach children about hajj.

There are many crafting ideas found online, mainly on Muslim blogs, as well as those pinned on the online picture-pinning board called Pinterest, which parents and teachers can use for undertaking successful crafting activities about hajj for children.

Some of the best crafting ideas are found on blogs that are maintained by homeschooling mothers. It will help to perform an effective search on Google Images first, to help develop an idea for a children’s hajj craft project that has already worked successfully for someone in the past. To see actual examples, you can click here, here, and here.

Part of nurturing religious faith in our children as early as possible is to ensure that the way we educate them about hajj (or about any of the 5 pillars of Islam), during the first 7 to 10 years of their lives, is done in a fun, creative, interesting, and informal manner, without making it a boring or tedious task for them.

Then you will witness yourself, how quickly your children begin to ask you to take them for hajj, insha’Allah!