Five Things I Learnt About Myself this Ramadan 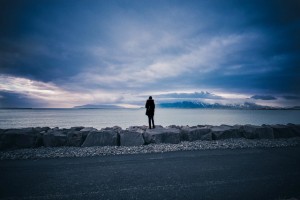 We have bid farewell to Ramadan, the blessed month when the gates of Jannah (paradise) were thrown open and the gates of hell were shut, when Allah had chained the devils, and in which the Night of Destiny was witnessed by the lucky ones! The Companions of the Prophet (sa) used to weep when Ramadan would end as it would take away with it the abundance of mercy promised for those who remembered Allah and fasted for His pleasure.

I do not know if I will witness the next Ramadan. And as much as it feels that I didn’t do enough to garner Allah’s forgiveness, I realize it wasn’t a month spent in vain. I am definitely a better Muslim entering Shawwal than I was when I entered Ramadan. I learnt that I was capable of many things that I have otherwise thought of as too difficult, or habits that I could not leave or adopt. I learnt that I could shift my schedule, even when it mattered the most.

Here are five things I learnt this Ramadan about myself and what I am capable of for the rest of the year:

1. It’s not hard to get up for Tahajjud

It would be extremely difficult to fast the long summer hours if I didn’t wake up in time to prepare and eat my Suhoor (pre-fast meal). Hence, I readily changed my bedtime and late-night commitments so that I could be alert in the last part of the night. This is the same time when our Lord descends to the lowest heaven every single night of every month, calling out: “Who will call on Me so that I may respond to him? Who is asking something of Me so I may give it to him? Who is asking for My forgiveness so I may forgive him?” (Sahih Muslim)

If I could change my routine to feed my belly, I know it is within my capacity to get up for Tahajjud to feed my soul.

In Ramadan, my meals were limited to just two. And even then, with the sudden rush to quench my thirst after breaking the fast, there was very little space left for food. Despite this, I was able to stand in prayer at night, increase my worship, and yet continue my daily activities and routine.

I realized my life does not need to revolve around my breakfast, lunch, and dinner. The Prophet (sa) himself suggested filling one-third of the stomach with food, one-third with drink, and leaving one-third of one’s stomach empty. (Ibn Majah; sound) I need to ensure my life revolves around my five prayers and that I eat enough to keep my back straight. The month of Ramadan proved to me that it is not only possible, but the break from my usual indulgent lifestyle made me less lazy and lethargic.

3. It’s not hard to control my tongue and hands

There were times during the Ramadan days when my temper was tested and my anger almost flared. Yet I was able to restrain both in lieu of the Prophet’s words: “Whoever does not give up forged speech and evil actions, Allah is not in need of his leaving his food and drink.” (Sahih Bukhari)

Once I practised being patient, I realized it wasn’t the herculean task I had considered it to be. This is a habit that I need to make sure that I carry on beyond Ramadan, reminding myself that: “Strong is not the one who overcomes people by his strength; strong is the one who controls himself in anger.” (Sahih Bukhari)

This year, Ramadan fell on the hottest of days, and the fast on the 21st of June was the longest day of the year. Yet I was able to fast. I learnt that I am able to fast when I put my mind to it. If I can fast on such difficult days, then surely I can fast on the days that the Prophet (sa) fasted regularly such as every Monday and Thursday, the 13th, 14th, and 15th of every lunar month, the 9th and 10th of Muharram, and six days of Shawwal.

5. It’s not hard to stay connected with the Quran

If I could will myself to pick up the Quran every day for several hours, I can surely take out a few minutes to read a page or two, or even an ayah (verse) once I go back to my busy routine. And just like any relationship, I need to make sure I keep a two-way street open with the Quran. The words of Allah beckon me constantly. I just need to make sure I return the call!

Five Things To Tell Your Kids Before They Go Back To SchoolPost-Ramadan Blues: What to do About Them