Six Reminders for the Muslim Mother-In-Law 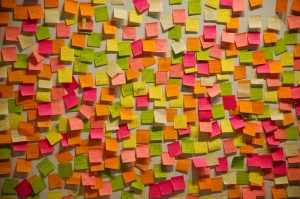 Becoming a mother-in-law is probably harder than becoming a mother. A mother is blessed with a natural love for the child she carries inside her womb for nine difficult months, to whom she gives birth while enduring great pain and hardship, and to whom she devotes her entire life to raise in the best possible manner. A woman however becomes a mother-in-law within the span of a day, nay an event – the nikah (the marriage contract) – during which she not only hands over her position of being the most important person in her child’s life to another woman, but also has to accept within her sphere of love a person who she knows very little about and who has been raised in a way much different than one she chose for bringing up her own!

Indeed, becoming a mother-in-law is a difficult transition and one that is very seldom acknowledged as a life-changing moment for the woman. Each woman vows to be a better mother-in-law than her predecessor, but it’s easier said than done, for the relationship between the woman and her child’s spouse is a delicate one at best.

Muslims must be prepared to face the changing circumstances in their lives in the best way they can. A Muslim mother-in-law should be no different. Here are six things that every Muslim mother-in-law must keep in mind when it is time for her to embrace her children’s spouse!

1- She is not your daughter

This should be the first thing that every Muslim mother-in-law must accept and embrace – your son’s wife is not your daughter. She comes from a different family and has had a different upbringing. She may not take to things as naturally as you or your daughters would. Do not have the same expectations from her as you would from your daughters. Do not speak to her harshly or too frankly; she may not understand that you mean well, the way your own daughters might understand A healthy relationship with your daughter-in-law requires acceptance of her as an individual and not as an extension of your own children.

2- Treat her, however, the way you would want your daughter to be treated

Even though she is not your daughter, your daughter-in-law is somebody else’s daughter. She is the apple of someone else’s eyes. Treat her in the same way you would want your daughter to be treated. Turn the other eye when she makes a mistake; if she sleeps in late, make excuses for her the way you would make for your own daughter; if she has habits that make you cringe, remember that your daughter too does things which you discount off as those she has “inherited from her father”. Remember the wise words of Hamdun al-Qassar, one of the great early Muslims who said: “If a friend among your friends errs, make seventy excuses for him. If your hearts are unable to do this, then know that the shortcoming is in your own selves.” (al-Bayhaqi,  Shu‘ab al-Iman, 7:522) Also remember the words of the Prophet (sa) who said: “Someone who does not show mercy will not be shown mercy.” (al-Adab al-Mufrad; sound)

3- Remember that women are not born homemakers

Recall the time when you were a young homemaker and compare it to your homemaking skills now. You will realize that women are not born homemakers; time, experience, and effort enables them to master homemaking skills over the years .Whenever you see your sons’ homes not as well-maintained as your own, remember that very soon when his wife is more experienced and your grandchildren have grown up and gone, their house will be as spotless, clean, and quiet as yours.

4- What belongs to your son does not belong to you

Once your son is married, remind yourself that his wife is his life partner and their finances are their own. You have a definite right to pass on your experience to your children, but as they are now adults, you can only advice them and not force your opinion on them.

5- Your expectations should be from your own son

As a mother, you have an immense number of rights upon your children. Raise your sons with a strong sense of understanding of the rights he owes to you as a mother so that your expectations lie only with him and not with your daughter-in-law, who is under no obligation to serve you. Teach your sons the rights of his wife too so that he does not transgress her rights in fulfilling yours or vice versa.

6- Be allies. not enemies

Keeping your expectations from your son only does not mean that you shouldn’t have any relationship with your daughter-in-law! On the contrary, two women who care for the same man and his children are nothing short of allies, helping and encouraging each other in their common goal. The Messenger of Allah (peace and blessings be upon him) said: “Religion is sincere advice.” (Muslim) Create a relationship based on trust and helpfulness; let her feel that you have her best interests at heart and you are not judging her for her shortcomings. Revel in her successes as much as you did in your own, because her successes will only bring happiness to your son and enable the two of them to raise the generations of your family in the best way possible.

Writer’s note: For the purposes of this blog, I have mentioned solutions for mothers-in-law who have daughter(s)-in-law. The readers may however adapt it if they have son(s)-in-law.