Virtues of the Qur’an as Mentioned in Authentic Hadiths 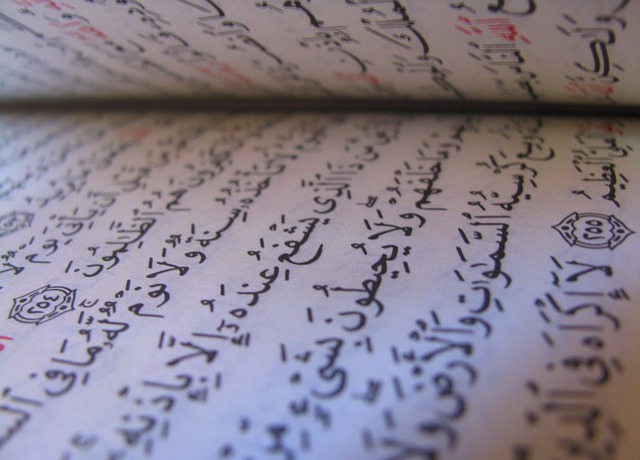 Many hadiths (actions or statements) of Prophet Muhammad (sa) mention the merits of the noble Qur’an, and the virtues of reciting it and teaching it to others. Following are some of the hadiths that encourage true believers to develop a close connection with the Qur’an and implement its teachings in their daily lives.

Virtues of those who recite and teach the Quran

In many hadiths, Prophet Muhammad (sa) specified various virtues of those who teach the Qur’an to others.

Uthman ibn Affan (ra) reported that the Messenger of Allah (sa) said: “The best amongst you is the one who learns the Qur’an and teaches it.” (Bukhari)

Angels surround those who learn and study the Qur’an – and Allah makes special mention of them, as the Messenger of Allah (sa) said: “If any group of people that assemble in one of the Houses of Allah to recite the Book of Allah, learning and teaching it, tranquility will descend upon them, mercy will engulf them, angels will surround them, and Allah will mention them to those (the angels) in His proximity.” (Muslim)

The Quran will intercede for those who recite it

On the Day of Judgement, the Qur’an will intercede on behalf of those who recite it.

Abu Umamah (ra) reported that he heard the Messenger of Allah (sa) say: “Read the Qur’an, for it will come as an intercessor for its reciters on the Day of Resurrection.” (Muslim)

Another version of the above hadith adds:

“Recite the two bright ones, Soorat al-Baqarah and Soorah Al-Imran, for on the Day of Resurrection, they will come as two clouds or two shades, or two flocks of birds in ranks, pleading for those who recite them.” (Muslim)

The Prophet (sa) also said: “The one who was devoted to the Qur’an will be told on the Day of Resurrection: Recite and ascend (in ranks) as you used to recite when you were in the world. Your rank will be at the last verse you recite.” (Abu Dawood and at-Tirmidhi; authentic).

Merits of those who struggle to recite the Quran

Some people struggle with the Qur’an in various ways. They try to learn the proper way of pronouncing its words but find it difficult. Allah’s Messenger (sa) has given glad tidings to all such people in the following hadith:

“The one who is proficient in the recitation of the Qur’an will be with honourable and obedient scribes (angels), and he who recites the Qur’an and finds it difficult to recite, doing his best to recite it in the best way possible, will have a double reward.” (Bukhari and Muslim)

As most of us know, we are rewarded for every single alphabet of the Qur’an that we recite, as the Messenger of Allah (sa) said: “Whoever recites a letter from the Book of Allah will be credited with a good deed, and a good deed gets a ten-fold reward. I do not say that Alif-Lam-Meem is one letter, but Alif is a letter, Lam is a letter, and Meem is a letter.” (at-Tirmidhi; authentic)

May Allah enable us to foster a close relationship with the Qur’an. Ameen!