Ways to Get our Sins Forgiven this Ramadan 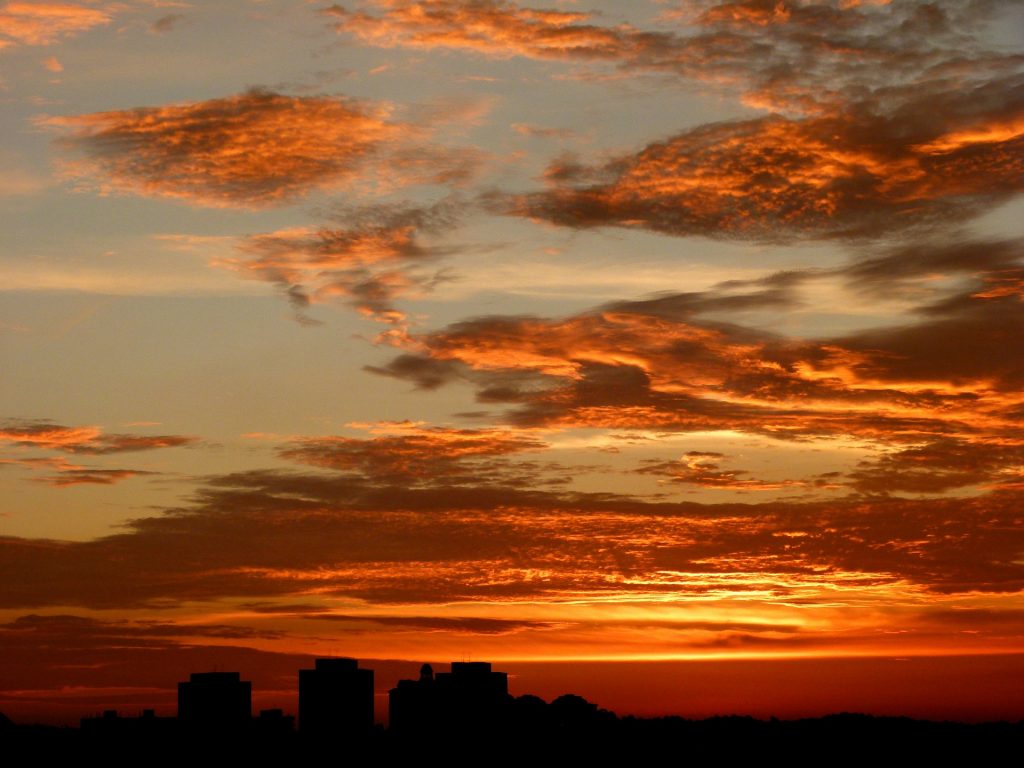 You are walking down the road, laden with heavy bags from the grocery, when a kind person offers to lighten some of your burden. Won’t you feel grateful and relieved?

Our shattered and blackened souls are laden with sins and crave for the approaching month of Ramadan so that we can treat themselves with a spiritual makeover. Indeed, Allah (swt) is the Most Forgiving (Al-Ghafoor) and forgives the sins of His slaves the year round, every time they invoke Him for forgiveness. Nonetheless, Ramadan holds a special place and is the month to have our sins forgiven.

Once, the Companions of the Prophet (sa) assembled around the pulpit as he ascended it. When he climbed the first step he said: Ameen.

Then, as he ascended the second step, he said: Ameen.

On the third step, he again said: Ameen.

This was something unusual, and the Companions inquired him: O Messenger of Allah (sa), we have heard from you today something which we have never heard before.

He replied: When I climbed the first step, Angel Jibreel (as) appeared before me and said: Destruction to him who found the blessed month of Ramadan and let it pass without gaining forgiveness. To that, I said: Ameen.

When I climbed the second step, he said: Destruction to him before whom your name is taken and he does not make Dua (supplication) for Allah’s blessing on me (by saying, for example, salla Allahu alayhi wa sallam). I replied: Ameen.

When I climbed the third step, he said: Destruction to him in whose lifetime his parents or either one of them reaches old age, and (through failure to serve them) he is not allowed to enter Jannah (paradise). I said: Ameen. (Recorded by al-Hakim and al-Bayhaqi; authenticated by Albani)

It is reported in another hadith that the Messenger of Allah (sa) said: “The five daily prayers and Friday (prayer) to the next Friday (prayer) and Ramadan to the next Ramadan is expiation of the sins committed in between them, as long as major sins are avoided.” (Muslim)

The question is; how to get our sins forgiven in Ramadan and what actions lead to the expiation of sins? The answer lies in the following hadith:

“If anyone observes fasts during the month of Ramadan, out of sincere faith and hoping to attain Allah’s rewards, all of his or her past sins will be forgiven.” (Bukhari)

“If anyone establishes prayers during the nights of Ramadan, out of sincere faith and hoping to attain Allah’s rewards (not for showing off), all of his or her past sins will be forgiven.” (Bukhari)

The Messenger of Allah (sa) said: “If anyone upholds the night of Laylal ut-Qadr in worship, out of faith and hoping for a reward, his or her previous sins will be forgiven.” (an-Nasa’i; graded sound by al-Albani)

These are some of the deeds associated with Ramadan that may gain us forgiveness from Allah. But they must also be accompanied by two necessary conditions: eemaan (faith) and ihtisaab (sincerity).

Faith (Eemaan): This Ramadan, do not let your fasts and voluntary prayers be mechanical actions. Practice them mindfully out of faith in Allah, His Messenger (sa), and the hereafter. We are not doing these acts of worship because they are a part of our culture or to simply follow the crowd. We do so out of obedience to Allah and His Messenger (sa).

Sincerity (Ihtisaab): The Arabic word ihtisaab entails sincerity, reflection, and calculation. Imam an-Nawawi interprets the term as, “seeking the pleasure of Allah, not for showing off to people or any other purpose that goes against sincerity.” (Fath al-Bari by Ibn Hajar)

When we do something solely to present to Allah, accompanied by self-reflection, it will not be the bare minimum; rather, it will be done with excellence. Do your best to improve and push the bar higher with your fasting, night prayers, and worship this year. Protect your worship from corruption through showing off and sinning.

Keep revisiting your intentions every day and practice mindfulness by pausing before, during and after every deed to ask yourself these questions:

Leaving sins: When we reflect on our fasting, we will also protect it from factors that corrupt it: sins, both major and minor ones. The above cited hadith also emphasizes staying away from major sins in order to attain forgiveness.

Moreover, we will abstain from sleeping away the whole day or killing time with movies and television, or ruining our fast with our bad temper. Our fasts should be adorned with everything that is loved by Allah.

Prophet Muhammad (sa) said: “Fasting is a shield; when you are fasting, you should neither behave in an obscene manner nor foolishly. If anyone fights or abuses you, you should say: I am fasting; I am fasting.” (Abu Dawood; authentic)

Being mindful will, inshallah, improve the quality of our Ibadah (worship) and help us gain the promised forgiveness of Allah.

Five Ways to Respond to Negative Comments about IslamTete-a-Tete: Watch Out for These Three Sins