Are you a Book’s Best Friend? 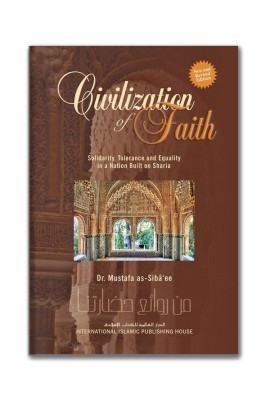 We generally love to say that books are our best friends. However, a quick glimpse into history shows us how many individuals there have been, who considered themselves to be a book’s best friend.

Here, we present some fascinating excerpts from “Civilization of Faith” by Dr. Mustafa as-Sibâ‘ee

Muhammad ibn ‘Abdul Mâlik al-Zayyat, the literary vizier, confined himself in his house for some time. Al-Jâhiz wanted to visit him. He thought it best to bring him a gift of a book by Seebawayh, the eminent scholar of the Arabic language. The vizier accepted the gift joyfully and said to al-Jâhiz: “By Allah, you could not have brought me a gift any dearer than this!”

One of the caliphs asked one of the scholars to visit him in the evening. The servant who brought the invitation arrived and found the scholar sitting surrounded by books that he was reading. He said to him: “Ameer al-Mu’mineen (the caliph) has invited you to join him.”

The scholar said to him: “I have wise men with me with whom I am discussing things. When I have finished with them, I will come.” When the servant went back to the caliph and told him, he said: “Woe to you! Who are these wise men?” The servant said: “By Allah, O Ameer al-Mu’mineen, there was no one with him.” The caliph said: “Bring him to me this instant!” When the scholar was brought to him, the caliph asked him: “Who are these wise men who were with you?” He said:

O Ameer al-Mu’mineen, they are companions whose speech do not bore, and are honest and trustworthy, whether you are absent or present. When we sit with them, their speech will be the best help in eliminating worry and anxiety. They teach us the knowledge of those who passed away before us, and they teach us wisdom, discipline, advice and the way of leadership. We do not fear any betrayal or bad manners from them, and we are not trying to protect ourselves from their tongues or their hands. If you say that they are dead, you will not be lying, and if you say that they are alive, you will not be exaggerating.

Thus, the caliph realised that when he had said he was meeting wise men, he was referring to the scholars and wise men [whose books he was reading], so he did not rebuke him for being late.

The Virtues of the Qur’anPics: Books, Books & More Books at the Sharjah fair