How can we achieve supreme victory? 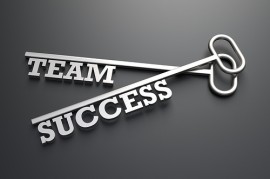 “Allahu Akbar! By the Lord of Ka’bah, I have won!” exclaimed Haram bin Milhan (ra) as he saw blood gushing forth from the spear that had just pierced his body. The noble companion of the Prophet (sa) was about to die, deceived by a non-believer. Can this actually be called a winning situation? (Sahih Bukhari)

The whole population of a town accepted Islam and was, as a result, burnt alive by an oppressive king. One might say they failed and ended up losing their lives. However, the Qur’an certifies: “That is the great attainment!” (Surah Buruj 85: 11)

On the other hand, Abu Jahal was handsome, rich, powerful, and famous. Yet that could not save him from eternal doom.

In the materialistic world that we live, victory and loss are measured in terms of wealth, fame, power, degrees, and possessions. However, the top positions in the exams of life will not be given on the basis of these terms we know so well. Allah (st), our Examiner, has a different criterion! Some unknown men, whom we consider to be unworthy, may be so dear to Allah that if they swear by Him, he fulfills their oath.

Allah (st) has described supreme victory in the Qur’an: “For them are gardens [in paradise] beneath which rivers flow, wherein they will abide forever, Allah being pleased with them, and they with Him. That is the great attainment.” (Surah Maidah 5:119)

The greatest victory for a human being is to live a life in servitude to Allah (st), and gain his pleasure and an entrance to paradise.

How can we achieve this?

1. Seek Knowledge: Knowledge of the Qur’an and Sunnah is the light that paves our way. Join the gatherings of knowledgeable people, read books by scholars, and listen to their lectures. Let us learn what Allah wants from us, let us recognize the pits and falls and the tactics of Shaitan who takes every step to mislead us. Without a proper understanding of religion we may stumble in darkness and end up doing something contrary to the teachings of Islam. Read the biographies of truly successful people; the prophets and their companions and get acquainted with their journeys of success.

The journey of success is not directed by our whims and desires; it is directed by the commands of Allah (st) and His Messenger (sa). Steer every step of your life, be it personal or social, according to the likes and dislikes of Allah. Like a traffic signal, stop where Allah wants you to stop and step forward whenever He asks you to.

3. Being patient: Whether someone is aiming for a worldly goal or an hereafter- oriented goal, patience is an important ingredient. Barriers will naturally come along your way in the form of desires, laziness, taunts, and threats. Stay persistent, remain steadfast, and eventually you’ll overcome them. Allah (st) says in the Qur’an:“Indeed, I have rewarded them this Day for their patient endurance – that they are the attainers [of success].” (Surah Muminoon 23:111)

4. Stay cautious of Riya (showing-off): Riya, the hidden shirk creeps up subtly and ruins our good deeds. The greatest loser on the Day of Judgement will be the person who thinks he has collected great rewards, yet everything he did was for a reason or person other than Allah. All his deeds will go in vain. Switch off the auto pilot mode, stay conscious, and keep renewing your intentions before every act of worship.

5. Do not forget the hereafter: Do not be deluded by the beauty of this temporary station that you’ve come to. Remember your destination and keep your eyes on it. Read, imagine, think, and talk about it often. It is when we forget the reality of this zero valued world that we get lost and lose our way. “Indeed, for those who do not believe in the hereafter, We have made pleasing to them their deeds, so they wander blindly. Those are the ones for whom there will be the worst of punishment, and in the hereafter they are the greatest losers.” (Surah Naml 27: 4-5)

6. Supplication: Prophet Muhammad (sa) said: “There is none whose deeds alone would entitle him to get into paradise.” It was said to him: “And, Allah’s Messenger, not even you?” He said: “Not even I, but that my Lord wraps me in Mercy.” (Sahih Muslim) We are weak and fallible; it is Allah’s Mercy alone through which we can stay on the right track and enter paradise. Always make sincere supplication to Allah for guidance to the straight path, every time you recite Ihdinas sirat al-mustaqeem(Guide us to the straight path) in Surah al-Fatiha, and also at other times.

True victory is that of the hereafter. May Allah accept our efforts and make us successful. Ameen!

Zahra Anjum is a freelance writer, editor, and translator based in Islamabad, Pakistan.