Our Children and Sweet-Smelling Citrons – Tips for Qur’an Memorization 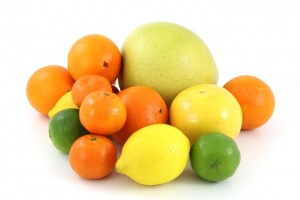 As Muslim parents, we want our children to develop a strong bond with our lifeline: the Qur’an. And the sweetest connection with it happens when we retain the words of Allah in our hearts. The first brick on the path of knowledge, as we observe in the lives of classical and contemporary scholars, is to memorize this treasure. It also holds numerous virtues, as described by Prophet Muhammad (sa).

The Prophet (sa) also told us: “Such a person, who recites the Qur’an and masters it by heart, will be with the noble righteous scribes (in paradise). And such a person, who exerts himself to learn the Qur’an by heart and recites it with great difficulty, will have a double reward.” (Bukhari)

Below are some tips that can aid us on this journey:

1. Engage with the Qur’an yourself

Children, especially young ones, naturally imitate their parents and try to do the things that their parents do. If they watch you spending time with the Qur’an and working hard to memorize it, they will eagerly take interest in the same. Your children should see you regularly opening the Qur’an, reciting it, and listening to its recitation. They should know from your example that the Qur’an is an integral part of life.

Many of those who memorize the Qur’an do so under pressure from their parents without any willingness on their part. In the long run, these children often forsake it, especially when there is no pressure on them. Connect your children to the Qur’an Time and again, read and discuss with them the virtues of the Qur’an and its people. Let them watch videos of Taraweeh and children reciting the Qur’an. Do not force them into it; first, cultivate the desire for Qur’an memorization, and you’ll see positive results, inshallah (Allah willing).

Every child has a different aptitude. Do not overburden them, lest they began to hate this task. One child may memorize a whole page in one day, while the other struggles with three verses. Do not compare them, and let them carry on at their own pace. Take small but consistent steps.

As you progress and learn more and more chapters, it is important to keep reviewing them. Spend ample time on revising the parts learned previously. Repetition is the key in memorization; the chapters that I used to repeat often to my Qur’an teacher are now etched in mind, and I can recall them very well as compared to those that I did not repeat.

Prophet Muhammad (sa) advised us: “Keep on reciting the Qur’an, for, by Him in Whose Hand my life is, the Qur’an runs away (is forgotten) faster than camels that are released from their tying ropes.” (Bukhari)

As with any other time-consuming task, laziness, unwillingness, and sluggishness make an appearance over and over again. In such cases, do not stop completely; give a short break and keep encouraging your child. This can be in both physical and non-physical forms. On some days, a hug or an appreciative remark can suffice, while on other days, you can give small gifts; however, do not make gift-giving their habit. Maybe the children can get a star for each chapter, and after ten stars, they can get something of their choice. Make tangible progress charts, marking each milestone that is achieved.

What I have found useful is a staircase that I have made on the wall for my son, based on the hadith quoted above. We first discussed how each verse that we learn is a step towards our rank in Jannah (paradise). Now, with every chapter that he memorizes, I add a cardboard piece with the chapter name on it, placing each on top of the other diagonally. This way he can see his progress and loves it as the staircase rises up, naming it the ‘stairs to Jannah’.

I complained to Wakee‘ about my poor memory:

Give up your sins! was his advice to me;

For knowledge is a light from divinity,

And the Light of God is veiled by iniquity.

These are famous lines of poetry by Imam Shafi‘i. Indeed, when a mind is occupied and surrounded by music, television, cartoons, and excessive video games, it cannot pay attention to the memorization of Qur’an. It is upon the parents to keep their children away from these negative influences and provide a righteous environment that includes meeting pious people, visiting the Masjid (mosque), and attending gatherings of knowledge.

Do tell your children the meaning of whatever they are learning in simple words so they can relate to the verses and form a connection. For example, Surah Masad can be preceded by an account of Abu Lahab and his wife and how they used to persecute the Prophet (sa). Surah Feel can be accompanied by the story of Abraha. Surah Fatihah can be translated in simple words, and you may discuss the hadiths that mention its virtues.

8. Make use of technology

Qur’an memorization can be aided by the positive use of technology. Numerous apps and programs are widely available and can be downloaded for free. These allow repetition of verses, and some also have an option for recording. Children are good listeners and learn very quickly by listening.

In the end, our intention – the most important principle – should not be to use our children as trophies to impress others or achieve ‘intercession’ on our behalf (this belief is based on a weak hadith); our goal should be Allah’s pleasure. It is our duty to equip them with the most important necessity for here and hereafter.

May Allah make us and our children among the people that were likened to citrons that are sweet and pleasant: the people who recite the Qur’an and act upon it. Ameen!

Not Performing Hajj This Year? Benefit From the Hajj Season Wherever You Are!Planning a Daily Ibadah Schedule